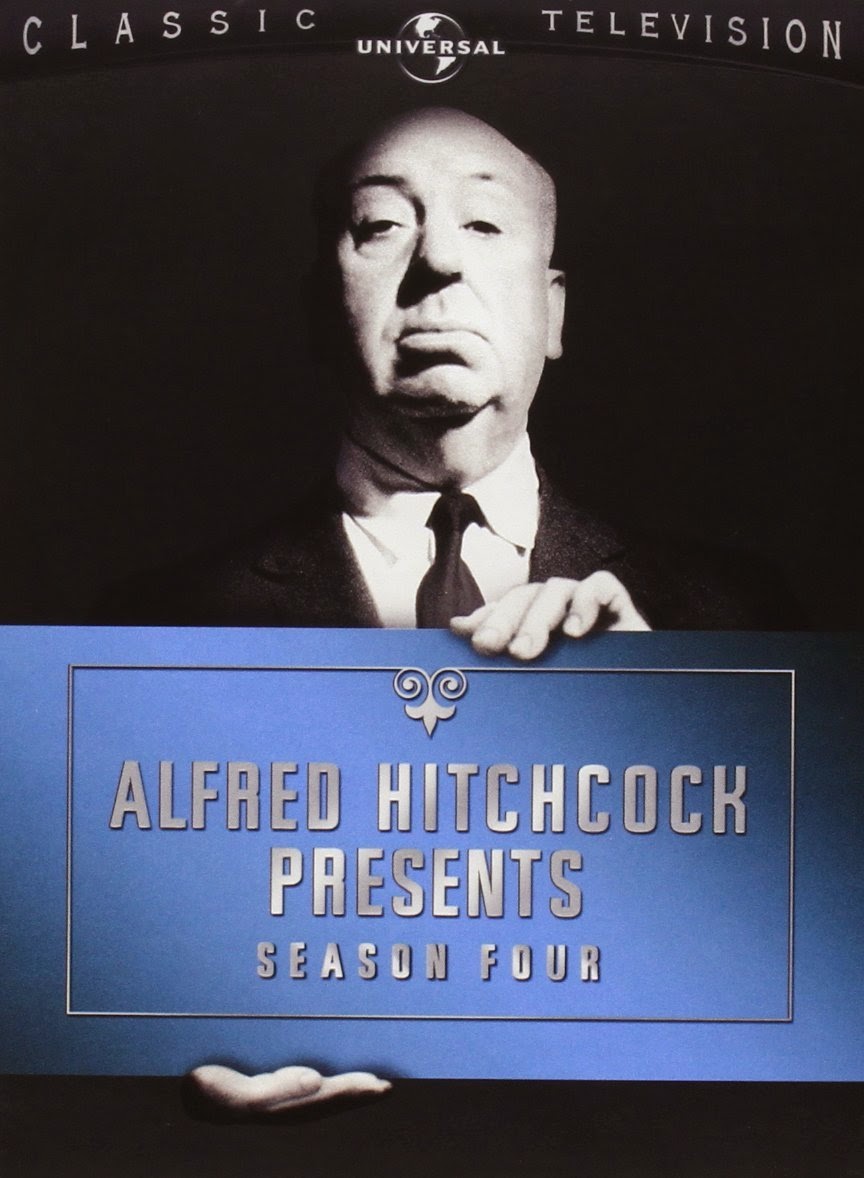 Steve Taylor- Bryant with a memory of television with his Granddad...

My Granddad wasn't the biggest fan of film or television, model Railways and the Organ were his things, so when he wanted to watch something it was a very special occasion indeed. The Queen's Speech at Christmas, Ice Cold in Alex, Bruce Lee films and Alfred Hitchcock were the films and shows of choice and one show in particular sticks in the memory from my time visiting with him...Alfred Hitchcock Presents.

This was my first experience of an anthology show. A collection of dramas, thrillers and mysteries played out each week in short 25 minute programmes introduced by the famous director. By the time Alfred Hitchcock Presents debuted in 1955, Hitchcock had already been directing film for a very long time and had a string of successes under his belt before he was asked to host his own show. Hitchcock drew a line cartoon of himself and he and his long time composer Bernard Herrmann selected 'The Funeral March of a Marionette' as a theme tune.

The cartoon began, the music, and then Alfred Hitchcock moved across the screen...”Good Evening”...I have chills just remembering that introduction and the man himself certainly set the tone for what you were about to see. Dependent on where you lived there was different intros. In the United States, Hitchcock would use the opening segment to pick on the advertisers, in Europe (in English, German or French) he used the segment to take the mickey out of the Americans, then the short drama or thriller would unfold in front of you.

At the end of the episode, Hitchcock would return and recap what you had just seen, explaining the parts you may have missed or the clever twist that was beyond you. Then in 1962 the show extended it's run time to 50 minutes and was rebranded 'The Alfred Hitchcock Hour'.

Many stars acted out scenes in the 260 odd episodes but none more than Alfred's daughter Patricia. Other luminaries to appear over the years included James Caan (Memo From Purgatory '64), Bette Davis (Out There – Darkness '59), Bruce Dern (Night Caller '64 and Lonely Place '64), Clint Eastwood and Steve McQueen (Human Interest Story '59) and Robert Duvall (Bad Actor '62).

I am sure many of you have your own memories of how you came to see the show, and mine will always be treasured. If you haven't had the chance yet...FIND THE TIME!