Film - Movies to Iron to

Having decided this week that Whiplash is a great film, but not to watch while ironing (ouch), Steve Taylor-Bryant was challenged on Twitter to come up with a list of films that WERE good to iron to. With a huge pile of films to choose from (and the huge pile of laundry) Steve and Susan split the task and made their choices...

Let's face it, ironing is boring. Some may call it therapeutic because it's repetitive but it still needs a certain level of concentration. So what can you do to relieve the tedium as you stand at the ironing board with a week's worth of laundry glaring at you from the basket? You find a film to watch to take your mind off it a bit. However, not just any film will do, there are certain things to bear in mind when picking your movie to iron to:

1) You don't want something you will get completely engrossed in as this results in scorch marks on the sleeve of your shirts and/or burns on your fingers, so it's better to pick a film that you know already, or at least are familiar with the concept of.


2) On a similar note, you don't want subtitles or something you have to be constantly looking at the screen for because, yes, you still have to do the ironing.

3) Because you won't be looking at the screen the whole time you want something with enough dialogue that you can follow what's going on without seeing it.

4) You need a film with a fairly straightforward plotline, as your watching is going to be regularly interrupted as you try to do two things at once.

5) You also need the right pace of film, too slow and you get even more bored than just doing the ironing, too fast and, because you're not totally concentrating on either task, you miss bits in both ending up with half a story and a sleeve ironed twice.

With all that in mind then, here's our suggestions for great films to flatten those creases. 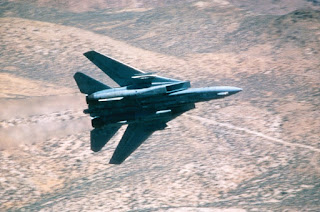 
Empire Strikes Back (ffs not Whiplash)


You know the story well enough. It's always a great watch but after 30 years you've seen all the versions enough that taking your eyes off the screen to starch your collars isn't a problem.

Young, dumb, n full of steam setting three. Great action flick to sort your smalls out whilst wishing you could fly a plane. Maybe take a break when *SPOILER* Goose dies so your best trousers don't get tear stained.

Burton's bat adventure is perfect for ironing to. A great story, a great cast with great dialogue, enough pretty things to look at when your eyes look up, and who doesn't do housework to a Prince soundtrack?

Whilst the effects in the movie aren't as dated as maybe other projects of its age they are tired enough that we only watch it really for Will Smith's wise cracking. What better school uniform flattening fare do you need?

The Stepford Wives (ffs not Whiplash)

A film about housework with only a few watchable bits? Perfect to while away the time getting creases out of your favourite Family Guy pyjamas (what do you mean you don't iron pyjamas? Heathens!!) 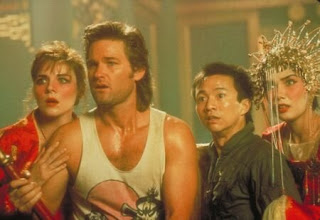 Kurt Russell!! And a film I know inside out and upside down and can quote pretty much word for word without watching it while it still remains very entertaining. And Kurt Russell. In a well-ironed vest.

Christopher Lambert and Queen - what's not to like? There can be only one (well, there were actually a few but this is the only one that counts.)

Anything Tarantino does is good ironing fare but especially this one. I love the violence and the soundtrack, and there's a natty line in sharp suits and Hawaiian shirts for ironing inspiration.

Typical glorious Saturday matinee fare but with enough going on to hold the interest and brilliant dialogue. And Humphrey Bogart at his brooding best. The only drawback is that you have to have a gin to hand... wait, that's not a drawback, is it?

Yes, it's Tom Cruise again. But it's also a really good sci-fi story with a plotline that doesn't get too predictable while still being easy to follow.

So there we have it.  Your choices will, of course, be different (let us know!) but whether you're ironing to Iron Man 3 or flattening to Flashdance, just remember... ffs not Whiplash!

And as a reward for finishing the ironing: