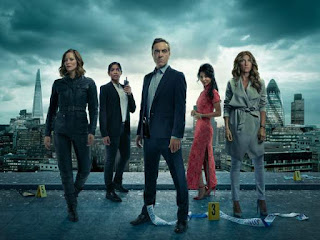 Steve Taylor-Bryant tries his luck with a new show as he watches episode one of Stan Lee's Lucky Man...


I said recently in an article how much I thought I loved James Nesbitt and went on to prove myself wrong by showing that I only watch three things that he's in. However, the thought of how much I love his work stuck with me and so I'm on a mission to find a fourth show I adore. Those who know me well would not have suggested anything even remotely connected to Stan Lee, let alone something with the comic creator's name in the title, but here I am watching, and really enjoying, Stan Lee's Lucky Man.

With the exception of one obviously cheesy moment to fit in Stan Lee's egotistical insistence on a cameo in any screen version of his work, the show was great. Solid storytelling of gambling addiction, murder, betrayal, revenge and a seedy London underbelly mixed almost seamlessly with a more mystical element and what I'm sure will be a more in depth take on luck than British television normally gets. The more corrupt and criminal characters were fleshed out by some brilliant performances with Omid Djalili (The Infidel) shining as strip club owner Kalim and the police force was filled with a few recognisable stars in Steven Mackintosh (Lock, Stock and Two Smoking Barrels) and Darren Boyd (Dirk Gently), both seasoned small screen stars complementing the highly intelligent DS Suri Chohan played by Amara Karan (The Darjeeling Limited) really well.

At the crux of everything though is Nesbitt's Harry Clayton, a man on his uppers, hugely in debt to a Chinese casino owner who eventually gets murdered, still pining for his wife, who has left him and is considering divorce, and who obviously has a history yet to be told with DI Orwell (Boyd) and the boss Detective Superintendent Winter (Mackintosh). Nesbitt's performance had the darkness of addiction and loss but also showed the glint in his eye and humour that we've come to expect from Nesbitt over the years. The whole luck thing is yet to really kick off as, in this first episode, we only really saw the strange Eve (Sienna Guillory) briefly at the casino helping Harry to win some money before leaving him stuck with a strange bracelet on his wrist. We learn later that whoever wears this mystical piece of jewellery can control their own luck but Harry is warned by Eve that she was supposed to deliver it to someone else who will now come looking for it. With Harry drowning in the Thames and about to have his hand removed by a thug with a machete in a boat this show is sure to please me week on week. See? I told you I loved James Nesbitt.