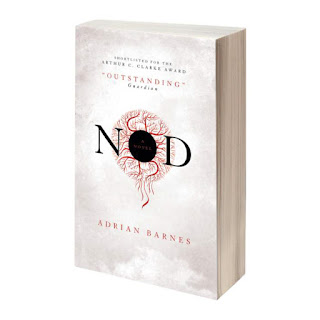 What would happen if one day the world just stopped going to sleep? Titan Books announces the haunting and unsettling Nod by Adrian Barnes...

After six days of absolute sleep deprivation, psychosis will set in. After four weeks, the body will die. What will happen to society in between is something beyond even your worst nightmare.

Dawn breaks over Vancouver and no one in the world has slept the night before, or almost no one. A few people, perhaps one in ten thousand, can still sleep and they’ve all shared the same golden dream. As the days tick by, panic ensues and a bizarre new world order arises in which those previously on the fringes of society take the lead and packs of mute children haunt the streets. Paul, a writer, continues to sleep while his partner Tanya disintegrates before his eyes and the new world swallows the old one whole.

Published by Titan Books in 2015 into the North American market to great critical and commercial success, the new UK edition of the book will also contain Barnes’ celebrated essay for the popular American news and culture website ‘The Daily Beast’: “My Cancer Is As Strange As My Fiction,” a moving autobiographical account of the overlap between the discovery of the author’s brain tumour and the US publication of Nod.

Shortlisted for the Arthur C. Clarke award in its first publication on a limited run from small, indie press Blue Moose Books, Nod is a masterful literary SF novel that blends Barnes’ elegant prose and skilful linguistics into a thought‐provoking and highly readable narrative that comfortably sits alongside cerebral end‐of‐the world stories such as Jose Saramago's Blindness, P.D. James' The Children of Men and J.G. Ballard's High Rise.