Comic - Diary of the Black Widow 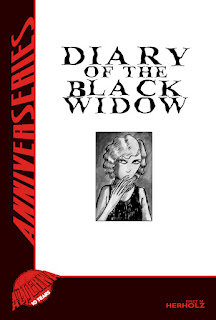 Out today as part of the Alterna AnniverSERIES, Susan Omand has a look at Diary of the Black Widow from Bret M Herholz...

I’m really enjoying the look back through the Alterna Comics archives with their AnniverSERIES releases to celebrate their tenth year of quality creator-owned comics. It has introduced me to several new comics creations and creators in the past little while and Bret M Herholz is another one that I will be seeking out more from.

The story is simple but clever. The Black Widow in question, not to be confused at all with the Marvel character of the same name, is an Edwardian femme fatale who appears to have the knack of literally getting away with murder, moving from a childhood realisation of using her charms to obtain whatever she wanted to the act of murder itself, starting with a school friend and building to a serial scale, despatching several husbands in very creative “accidents” with the media being none the wiser as to her involvement and her friends showering her with sympathy every time, along with much inheritance from the estates of the deceased. However, she takes it a step too far with one misadventure and attracts the attention of the local constabulary and a keen eyed Detective Inspector. Is this the end of the Black Widow?

There is much to like about this comic. The story makes very clever use of the turn of the century beliefs that a lady is deemed incapable of such atrocities while, at the same time, showing that greed and over-ambition may well lead to one’s undoing. It was also nice to read a comic that was not totally dialogue driven, allowing for the strong and eloquent inner voice of the Black Widow, we never do find out her name, to move the story along as if writing a journal entry. However, it is a pity about the typewriter effect typeface chosen for the comic, which often made longer passages of words quite difficult for me to read in the digital version that I had and made it seem like there were spaces or extra letters where there should not be. However, this may well be different in other versions.

The greatest thing about this comic though is the art, also created by Herholz. Done in what looks like ballpoint pen, the multilinear shading is absolutely sublime, making even very dark pictures look crisp and highly detailed. The characters too have that elongated art nouveau look which very much sets the tale within its early 20th century period, even without the wood wall panelling, classic cars and elegant clothing. I think it is noticeable when the writer of a comic creates his own artwork because you get a cohesiveness from his standpoint, unlike when an artist interprets another’s story which, although that often leads to some surprising new inferences that the story writer may have missed, lacks the completeness of one person’s vision.

Have a look at some of the early pages in Diary of the Black Widow below, then get the comic to see the rest. 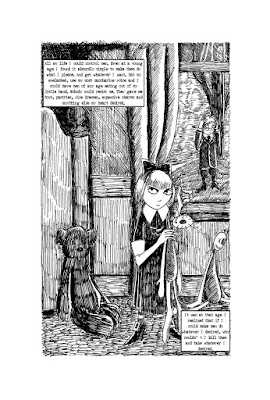 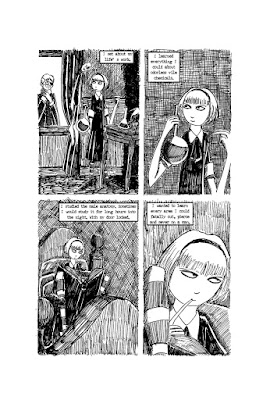 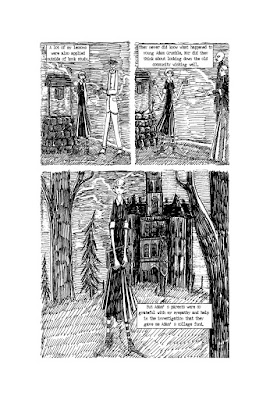 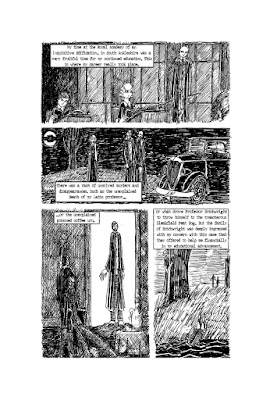 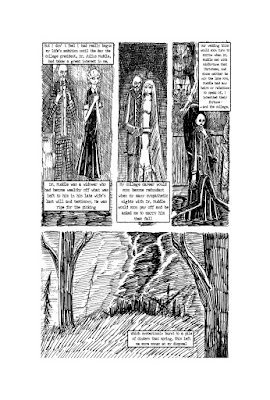 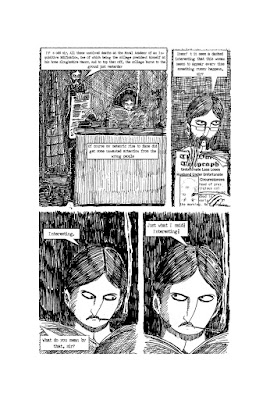