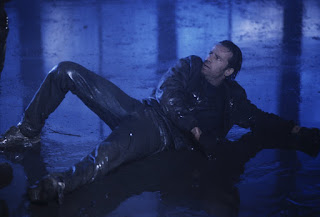 Look, it’s not my fault, honestly! I was talking about Highlander with a friend the other day and sharing my “claim to fame” story that I went to university with the cousin of the extra in the red hat under the bridge at the start of the film (what? Yes I am that boring) and they asked if Highlander was my favourite film. Yes, it is a stunning film but it’s not my favourite. It’s not even my favourite Christopher Lambert film and, in this, I believe I’m in the minority so I’m here to set you all straight.

Now don’t get me wrong, he has had some, shall we say, ill-advised film roles in the past. Mortal Kombat didn’t do him any favours, even though I thought it was a fun film, and the less said about the sci fi update of Beowulf the better. And there should never EVER have been ANY sequels to Highlander but that is an argument for another time. But before I get to my top five films of his, special mention has to be made of his recent(ish) TV stint as the recurring character bad guy Marcel Janvier in NCIS Los Angeles which showed that he’s lost none of his quiet menace. And a “nearly made it into the list” has to go to Knight Moves, where he plays a chess grandmaster accused of a murder spree.

So, in the time honoured reverse order... 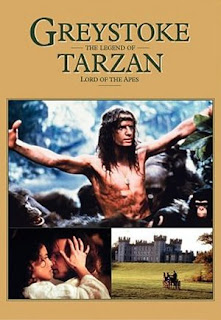 5) Greystoke: The Legend of Tarzan, Lord of the Apes

John Clayton: Half of me is the Earl of Greystoke... the other half is WILD!

My second favourite Tarzan of all time (the favourite being Johnny Weissmuller of course) and one of the closest retellings of the original Edgar Rice Burroughs novel. You only have to look at the stellar cast, including Sir Ralph Richardson, Sir Ian Holm and James Fox as well as Lambert, to see why this was an award winning film. 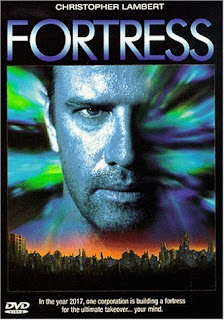 I don’t really care that other people think this was an awful film (I prefer the term “cult” film), I found the concept of the futuristic prison escape movie fascinating and the fact that the future is next year (2017) a little disturbing. Yes it’s low budget and yes there are plot holes you can drive a truck through but it’s meant to be an escapist film, in all senses of the word, so just let all that go and enjoy it for what it is a B-Movie classic. 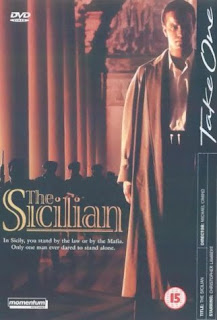 Prince Borsa: Why are you so eager for people to love you?

Salvatore Giuliano: Why are you so eager for them to hate you?

Christopher Lambert, Terence Stamp, Joss Ackland and John Turturro in a film adaptation, directed by the Deer Hunter’s Michael Cimino, of the novel by Mario Puzo who wrote The Godfather. What’s not to like about this? It’s another Mafia film, as you might expect, but with a much stronger political context and the cinematography is stunning but be warned it's a slow burner. Also if you’ve only seen the American cut, I can understand why you may be dubious. Get the European cut which is half an hour longer and the story makes a helluva lot more sense. 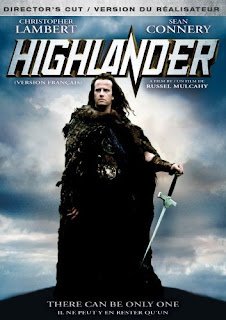 Connor MacLeod: I am Connor MacLeod of the Clan MacLeod. I was born in 1518 in the village of Glenfinnan on the shores of Loch Shiel. And I am immortal.

Yes, Highlander made it in at no 2. And as an ensemble film it is almost perfect just not because of Christopher Lambert who, although he played the role very very well, needed the psychopathy of Clancy Brown’s Kurgan, and the stunning Queen soundtrack which fits the movie so well, to make the film one of the best ever. So that’s why it’s not my favourite Christopher Lambert film. 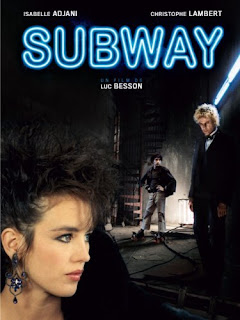 A little known French film, written and directed by (probably) my favourite director, Luc Besson at a time when he was still superbly experimental and finding his style and Lambert absolutely excels in the role of safe cracker Fred. The plot is thin, as the safe cracker escapes from the authorities by hiding out in the Paris Metro, a surreal, neon lit world of misfits and miscreants that ooze 80’s pop culture. But that is the whole point, you’re not here for a cracking story, it’s all about the atmosphere. The closest I’ve come recently to a film that ticked all the same boxes for me is Terry Gilliam’s Zero Theorem. If you loved that, watch Subway. But watch the French version, not the dubbed one, to get the full effect.