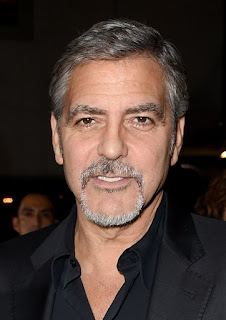 Our own silver star, Steve Taylor-Bryant takes a look at the films of George Clooney and picks his top ten...

There are certain actors in the world of Hollywood that you can pick up and put in another era of the silver screen. Johnny Depp, for example, proved with Ed Wood he could certainly get work in the old black and white B movie horror genre, but there is one actor who would fit in any year, in any genre, and that is George Clooney.

Now I've said it out loud you can see it can't you? He has the physicality and facial expressions to pull off a Charlie Chaplain or Buster Keaton. Who can't picture him in a war film like Ice Cold in Alex? For a Hitchcock film or a classic like The Maltese Falcon would he not be a shoe in? Clooney could make a Citizen Kane, he could certainly take on any Sinatra role, he would not seem out of place standing next to any of the leading ladies of the golden age and I firmly believe that these attributes make George Clooney THE movie star. Yes I like other stars, I'm a bit forgiving of Tom Cruise, Mr Depp always entertains me, I'm a fan of the superhero genre and can't wait to see DC's forthcoming slate HOWEVER now George Clooney is in your mind you are finding it very difficult to find a project of his that sucked big time aren't you? Every film star has a stinker or two in their back catalogue (except Tom Cruise) but there aren't many who are as consistently brilliant across various styles and storyline as Clooney. Add in the fact that every film he directs could be an award winning classic and you have the recipe for quite a career.

I first came across George Clooney in possibly one of the worst police shows I've ever seen, a show that would make Batman & Robin look like a serious film, Bodies of Evidence. Seriously bad show and George had one of the worst hairstyles I've ever come across and I have looked in the mirror! You would never have guessed back then how good he (or his hair) would become. E.R and a stint as a guest on Friends played on his looks more than his acting ability and it was probably From Dusk Till Dawn and the very good One Fine Day in 1996 that made me sit up and take notice. From there Clooney went from strength to strength. Even Batman & Robin. Don't get me wrong, I hate the film with all my being, but my hatred is aimed at Joel Schumacher with a little offshoot of anger at Chris O' Donnell. Clooney wasn't the worst thing about the film, he probably shouldn't have taken the role, but did his best with the turkey provided and it didn't put me off DC or him. In a way I started to root for him in the way I did for Ryan Reynolds after Green Lantern. Reynolds got his peace with Deadpool, I suppose Clooney will have to take comfort in his eight Oscar nominations and two wins. Which brings me to the point of all this waffle. 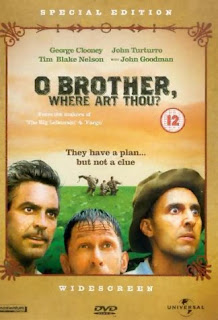 10 O Brother Where Art Thou

Ulysses Everett McGill: Yessir, the South is gonna change. Everything's gonna be put on electricity and run on a paying basis. Out with old spiritual mumbo-jumbo, the superstition and the backward ways. We're gonna see a brave new world where they run everyone a wire and hook us all up to the grid. Yessir, a veritable age of reason - like they had in France. And not a moment too soon...

In the deep south during the 1930s, three escaped convicts search for hidden treasure while a relentless lawman pursues them. 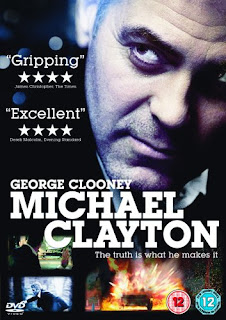 Michael Clayton: What can I tell you? Don't piss off a motivated stripper.

A law firm brings in its "fixer" to remedy the situation after a lawyer has a breakdown while representing a chemical company that he knows is guilty in a multi-billion dollar class action suit. 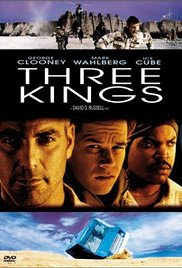 Archie Gates: You know you're on the path to truth when you smell shit, isn't that what they say?

In the aftermath of the Persian Gulf War, 4 soldiers set out to steal gold that was stolen from Kuwait, but they discover people who desperately need their help. 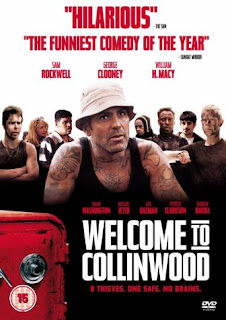 [Jerzy is in disguise, in full Hasidic rabbi costume]

Jerzy: You're an idiot.

When petty thief Cosimo is given the plan for the perfect Bellini from a lifer in prison, he has to get out of jail, fast. But with Cosimo stuck in the joint, it’s up to his girl Rosalind to track down a replacement. But while no one wants to do the time for Cosimo’s crime, everybody seems to know a guy who will – and for a share, they’re willing to track him down. Before long, Rosalind has five guys trailing behind her, looking to get their filthy hands on a piece of the action. 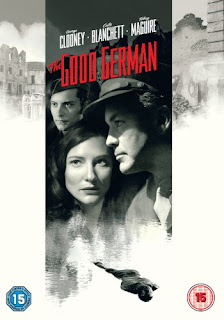 Bernie Teitel: Nothing better for a prosecutor than a criminal with a sense of history. Everything got written down. Who they killed, and what it cost. Meticulous record-keepers.

While in post-war Berlin to cover the Potsdam Conference, an American military journalist is drawn into a murder investigation which involves his former mistress and his driver. 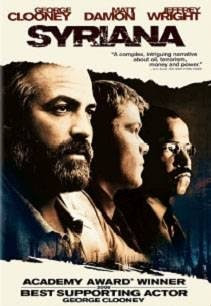 Bob Barnes: I want you to take him from his hotel, drug him, put him in the front of a car, and run a truck into it at 50 mph.

As a career CIA operative begins to uncover the disturbing truth about the work he has devoted his life to, an up-and-coming oil broker faces an unimaginable family tragedy and finds redemption in his partnership with an idealistic Gulf prince. A corporate lawyer faces a moral dilemma as he finesses the questionable merger of two powerful U.S. oil companies, while across the globe, a disenfranchised Pakistani teenager falls prey to the recruiting efforts of a charismatic cleric. Each plays their small part in the vast and complex system that powers the industry, unaware of the explosive impact their lives will have upon the world. 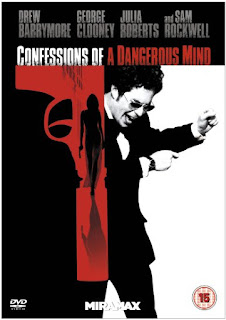 4 Confessions of a Dangerous Mind

Jim Byrd: You're 32 years old, and you've achieved nothing. Jesus Christ was dead and alive again by 33. You better get crackin'.

George Clooney's directorial debut is an adaptation of the cult memoir of game show impresario Chuck Barris, in which he purports to have been a CIA hitman. 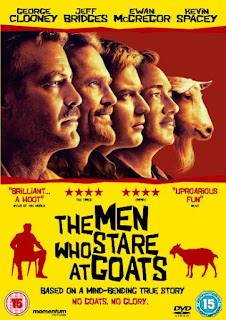 3 The Men Who Stare at Goats

Bob Wilton: What's with the quotation fingers? It's like saying I'm only capable of ironic attacking or something.

A reporter in Iraq might just have the story of a lifetime when he meets Lyn Cassady, a guy who claims to be a former member of the U.S. Army's New Earth Army, a unit that employs paranormal powers in their missions. 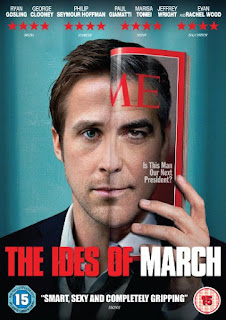 2 The Ides of March

Stephen Meyers: If you want to be president, you can start a war, you can lie, you can cheat, you can bankrupt the country, but you can't fuck the interns. They'll get you for that.

An idealistic staffer for a new presidential candidate gets a crash course on dirty politics during his stint on the campaign trail. 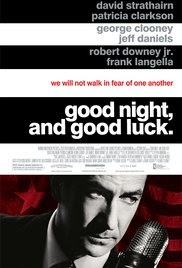 Edward R. Murrow (said to Fred Friendly): Funny thing, Freddie, every time you light a cigarette for me, I know you're lying.

Set in the 1950s and based on true events, news reporter Edward R. Murrow finds himself increasingly uncomfortable with the tactics used by Junior Senator Joseph McCarthy (of whom Clooney chooses to use real archive footage rather than getting an actor to play his role). The film finds McCarthy in the midst of his infamous crusade against communism, and Murrow and Fred Friendly lead the CBS news team who choose to report the other side of the story.