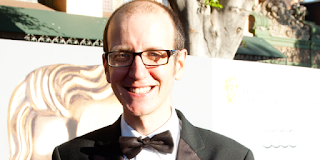 His Dark Materials is the first commission from Bad Wolf, the UK/US production company founded by Jane Tranter and Julie Gardner and co-sited in South Wales and Los Angeles, and is New Line Cinema’s first move into British television.

Jack Thorne says: “It is such an honour and a privilege to be given this opportunity to delve into Philip Pullman's world. What I always loved about Bad Wolf's intentions with this project was the notion of sounding every note. The His Dark Materials trilogy are vast and glorious books full of beautiful characters and I'm going to work as hard as I can to try and do justice to them.”

Philip Pullman commented: “I’m delighted to welcome Jack Thorne as writer on the TV dramatisation of His Dark Materials. Jack is a writer of formidable energy and range, and I’ve greatly enjoyed talking to him and learning about his plans for bringing His Dark Materials to the screen. I’m certain he’ll do a superb job, and I look forward to seeing the whole project develop as he shapes the story.”

His Dark Materials is one of the supreme works of imaginative fiction for both children and adults published in the 20th century. It has been published in more than 40 languages and has sold worldwide close to 17.5 million copies.

The series will be executive produced by Philip Pullman, Jane Tranter and Julie Gardner for Bad Wolf, Toby Emmerich and Carolyn Blackwood for New Line Cinema, Bethan Jones for BBC One and Deborah Forte for Scholastic.