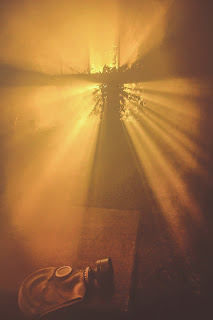 As Invasion Of The Not Quite Dead (#IOTNQD) enters its final phase of filming, AD Lane launches a newly updated website and trailer for the film...

Film maker AD Lane has always believed that the backers of his film form an integral part to the very existence of his ground breaking project, the horror Invasion of the Not Quite Dead, and the new website will feature never before seen footage and behind the scenes photos as well as some of the music from the soundtrack and news and information about the film itself, its cast and crew.

With plans well underway for a UK tour of the film next year, which will give UK backers the opportunity to watch #IOTNQD on a big screen, and the final shooting schedule close to being finalised, the new website along with the film's very active social media streams, will keep both backers and fans old and new up to date with everything that's happening.

To celebrate, the production team are offering fans the chance to get virtually "up close and personal" with cast and crew of #IOTNQD by taking part in today's interactive video chat which will be broadcasting from the set of #IOTNQD this morning (Saturday) from 10:00. The Blab session is hosted by Whitescreen Promotions' Daniel White and is being broadcast and recorded whilst AD Lane shoots the final scenes of the horrific opening to the film. It should be a great opportunity to see first hand just what filming is like and confirm the truth that Mr Lane does indeed wear shorts all the time!