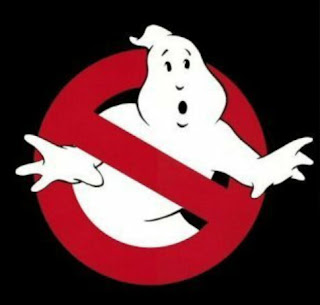 Our small band of Gunters here in the /G-f universe are reviewing every film mentioned in Ernest Cline's Ready Player One. This week Nate McKenzie gets sidetracked into a rant instead of classically reviewing Ghostbusters...


Ok, maybe right now is a bit premature. Maybe I am supposed to be reviewing Ghostbusters as part of Project: RPO, but that isn't going to stop me.

Ghostbusters is a classic. Beloved, endearing itself on film fans of all generations, the 1984 hit remains iconic not just in film lore but in merchandising as you can hardly attend a nerd herding (ComicCons, film festivals, domestic game nights) without seeing a "No Ghosts" t-shirt or hearing the unintentionally inciting question "Who are you going to call?" without immediately thinking "The Ghostbusters!"

But the appropriate time for a remake/reboot has long since passed. With Harold Ramis' death in 2014, so too died the keystone piece for the potential to make another quality Ghostbusters film. Dan Aykroyd and Ramis (along with contribution from Rick Moranis) wrote the original film. That combination is almost sacred. Ramis and Aykroyd were/are comedic staples of the 70's and 80's.

Although, I will even admit, as much as I enjoy Ghostbusters II, it was not nearly on the level that the original was. Still, it was better than half of the comedy romp offerings of today.

Trying to capitalize on the nostalgia of a 30+ year old cult classic by force-feeding a new version into the maw of the cud-chewing public is akin to Woodstock '94. Except worse. At least Woodstock '94 had some of the original featured artists from the legendary Woodstock in 1969 - Crosby Stills and Nash, Santana, Joe Cocker, and Country Joe McDonald - whereas Ghostbusters is a bastardized attempt at recapturing the one thing more powerful than the sentiment of nostalgia: money.

I don't care that Aykroyd has had a big part in the writing of the characters; it's still a too-little-too-late scenario for me.

I love Kristen Wiig and Kate McKinnon. Leslie Jones is a promising new(er) face. Melissa McCarthy is established and adored (even if I am personally worn out on her never-ending, never-changing schtick).

But a hilariously skilled all-female cast won't even save this from being a tragedy of Stay-Puft proportions. I'm not bagging on the idea of an all-female cast from a mysoginstic viewpoint; at least not purposefully. Please call me out if that's how I come across.

That doesn't mean that there isn't potential for reboots within the cult film canon using a strong cast of female leads and support.

For instance, The Warriors (1979). A personal favorite, I would love to see a reboot of this classic film starring an all-female cast. Think about it: A group of street hardened women traverse a NYC landscape flooded by warring factions of themed gangs. Instead of a single sampling of The Lizzies, you get an array of all-male, all-female, and coed gangs all vying for survival and control. It might be cliche at this point, what with all of her badass heroine roles, but I could see Jennifer Lawrence as lead. Hell, combine the Young Adult film adaptation powerhouses and cast Shailene Woodley alongside Lawrence. Sprinkle in Mackenzie Davis, Chloe Grace Moretz, Joey King, Saiorse Ronan, Emily Browning and you have the makings of a great female-empowerment film. Provided it doesn't get lip-glossed over with the teen-romance Hollywood treatment. Keep it gritty, keep it real, keep it empowering. Also: Ronda Rousey. For the love of Zuul please include Ronda Rousey if this should ever happen.

Additionally, I see either Sigourney Weaver or Linda Hamilton in the role of Cyrus, the leader of the Gramercy Riffs who tried to bring the tribes together. OR! Or (and this thought just occurred to me...) bring back Deborah Van Valkenburgh, who played Mercy in the original, and make the remake a reboot with Mercy in control of the gangs of the five burroughs and Coney Island.

*This is where I have to stop that train of thought because those tracks go straight down a rabbit hole from which I will never recover. Now I'm starting to understand how easily these semi-decent off-the-cuff ideas become horrible new three-part franchises.*

Of course, none of this means I support a remake of The Warriors, or any other great cult classic for that matter, but if we are going to be subjected to lazy Hollywood productions we can at least demand (hope for) some sort of evolution. There are plenty of bad movies that gained a faithful following years after they were deemed failures at the box office. "Bad" doesn't have the same stigma in film as it does in other areas of life and entertainment. B-Movies are bad but great. Glitter (both the movie and the sparkly accessory) is bad. But watching a terrible original movie is far different than watching a terrible remake of a film you cherish. A remake of a movie that you loved when you were younger feels like a studio took your childhood, replaced everyone you know and love with a stranger, slapped a new coat of sepia tone over it, layered in some fabricated cigarette burns and an old fashioned movie reel soundbite, and demanded you love it and give them money for their efforts.

The new Ghostbusters feels like that. Except, your fun, funny uncle from childhood is now a more crass lady who you vaguely recognize from the gas station near your house; a house that, ironically, has been torn down and been replaced by a closed down Blockbuster Video.

I ain't afraid of no ghost but I am afraid of how bad this movie is going to turn out. Get the muon traps ready, the ghost of Harold Ramis might be coming back to haunt us over this one.