Project RPO - The Silence of the Lambs 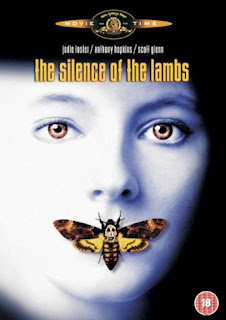 Our small band of Gunters here in The DreamCage universe are reviewing every film mentioned in Ernest Cline's Ready Player One. This week Steve Taylor-Bryant breaks open the Chianti to remember The Silence of the Lambs...

The Silence of the Lambs is a clever film. That's a not a statement I write very often, a lot of great films have twists in them that are a bit on the smart side, but Silence starts with the biggest twist of all, the one you wouldn't imagine. It starts as the story of a trainee agent. That's it. No cannibal from the start disturbing your mind, no glorious and yet horrific murder that makes you jump from your chair, it's just subtle. This is very much the tale of Clarice Starling and her rise through from academy trainee to fledgling agent within the FBI and what she encounters along the way. It's how she reacts physically and mentally to each scenario that makes Jonathan Demme's film works so well on every level, it's just a simple story driven by characters.

The plot is not that elaborate, yes it's written better than most thrillers are, but it's still in essence a simple take on growing up in a very adult work environment. This is an everyday story told within the boundaries of psychological horror. Clarice is ostracised by her colleagues due the horrible fact she is female. She wants to get on in a man's world but the world isn't ready for that yet. Personally I think this why the relationship between Hannibal Lecter and Clarice Starling works so well, they are both outsiders looking for a human connection. Clarice is an outsider in her work place due to having the audacity to be a woman and Hannibal? Well he's a cannibal serial killer. He wants to share his wealth of knowledge, his incredible insights, and maybe have a friend he doesn't want to kill whilst Clarice wants to prove herself to everyone in her world.

It sounds very much like 'boy meets girl' when I write it like that but the relationship between the two main characters is the most fascinating tale I've seen told on screen. There is of course a bit more to the film, Buffalo Bill/Jame Gumb in particular is a great character played astonishingly well by Ted Levine who has never been better. Scott Glenn as Jack Crawford, Starling's boss at the Bureau, and Anthony Heald as Lecter's captor, Dr. Frederick Chilton, add a sense of professionalism to the cast. Often these roles are treated and cast as 'filler' but not in Silence and every member of the cast is perfectly suited to their role. I've always liked Jodie Foster but I can't honestly think of a role better played by her and, whilst her onscreen time with Anthony Hopkins was mere minutes, the chemistry shared by them oozes from the screen and into your heart. I found myself loving Lecter more in Silence than in the books or other films due to the subdued and analytical way Hopkins portrayed him. There was no psychosis or threat about him, Hopkins played a measured and intellectual man who just happened to be a killer and, due to the relationship he had with Starling, I never felt she was in danger from him which allowed me to watch with amazement instead of waiting for the inevitable grisly end.

Whether you consider Jonathan Demme's adaptation of Thomas Harris' novel a horror film or a psychological thriller really doesn't matter. I think we can all agree it's an outstanding piece of filmmaking and a template for Hollywood if ever there was one. Great source material (honestly read the books!), a more than competent director with a varied background in film, a flawless screenplay from Ted Tally and casting straight out of the top drawer that makes me wish all studios took that extra five minutes when developing a project to look at every aspect of production to make sure their team is this tight.