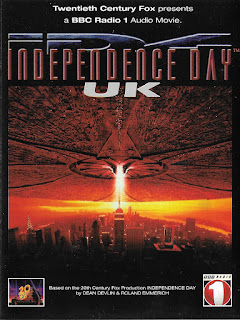 It's the 4th of July so we had to do something cool for US Independence Day. So, of course, Stuart Mulrain sat down with audiomeister Dirk Maggs to remember Independence Day UK. Caution: contains envy-inducing photos of Dirk sitting in fighter planes...


In 1996, Independence Day became the smash hit blockbuster of the summer, spawning the usual array of tie-in TV specials, toys, books, magazines and games. Perhaps the most interesting tie-in though is the BBC Radio audio movie Independence Day UK, which was broadcast on BBC Radio 1 on Sunday 4th August 1996 and depicted the events of the alien invasion from the view point of the UK.

Although London is glimpsed and mentioned briefly in the film, the task of telling the story of what happened on our side of the pond during the War of ’96 (as it’s now known) fell to audio movie master Dirk Maggs, who took a few moments from his busy schedule to answer some questions about the project...

How did the ID4-UK project come about? Was it something the makers of the film/20th Century Fox came to you with or did you go to them with the idea?

ID4UK came out of the blue. We'd had a run of superhero adaptations including Superman, Batman and Spider-Man on BBC Radio 1 and a very enterprising guy at 20th Century Fox in London phoned my office at BBC Light Entertainment and proposed an adaptation of this new movie they were making. He offered to send a script if I signed an NDA. So I did and read it. The first thing I thought was, "this is an updated War Of The Worlds, we could do something with this and pay homage to Orson Welles with it". As it happened it was the time of year when Matthew Bannister was looking for pitches so I rang his office and asked for a meeting. He said "pop in now", so I walked over and found him alone and looking a bit depressed if I'm honest. He had been going through it a bit with the newspapers, having been tasked with reforming the network and finding it uphill work. I pitched the idea as part-movie adaptation part-homage to Welles - but, crucially, set in the UK - and it seemed to cheer him up. The previous year we had inadvertently done a movie tie-in with Paul Powell's adaptations of Judge Dredd comics (the Stallone movie was released as they were broadcast). That had worked well publicity-wise for the Network so there was a kind of precedent. For me it was a chance both to re-visit and re-version a classic radio drama and also attract new listeners to the style of production - "audio movies" - that we had developed. So I got back in touch with Fox and said yes. 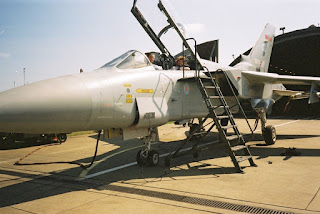 How did you approach a UK set story in the Independence Day world?

I would never have wanted to do a straight adaptation of the movie story and the idea that the action should take place in the UK and Europe - because in the movie script this was truly a global event - was perfect for us, so I proposed a parallel story where we found out how the alien invasion played out on this side of the Atlantic. Structuring it like Welles' version of War Of The Worlds meant playing the first 20 minutes or so as if it were a real Radio 1 programme - "UFO Watch", so I needed a real presenter and a real scientific expert to front the piece. Nicky Campbell fit the bill as the former, being both a DJ but also quite journalistic in his broadcasting career. The latter was a no-brainer - I had already worked with Patrick Moore the astronomer on radio programmes and knew he was a sport and would play himself and join in wholeheartedly. So they would be broadcasting a one-off "live" programme about UFOs aboard a fictional RAF surveillance plane when real UFO's invaded. Then after twenty minutes London would be destroyed - the last moments of which would be an exact analogue of Welles's reporter on a studio roof - in our case Toby Longworth supposedly on Broadcasting House roof, in actual fact running around The Soundhouse's car park in West London. Then, after an ominous silence, for the first time a music score would then be heard (David Arnold's, from the movie), and we were with RAF jets as they flew in towards the alien ship over London, with Colin Baker as their commander and Toyah Willcox, Simon Treves and Peter Serafinowicz in the thick of the action. Later in the play Patrick and Nicky save Simon from an alien - Patrick has a fight with it, which is very funny. Though honesty compels me to admit that Toby Longworth was Patrick's stunt double for the fight scene, Patrick was in his 70s then and the Alien being quite tall and athletic. One other strange little thing - just as we were preparing to make the audio movie, a kids TV programme asked to come and watch us at work pre-recording sound effects for whatever we might be working on at the time. They sent a camera crew and presenter to The Soundhouse and she helped me create the "alien dying" sound effect that was used in the final production. So the "alien dying" scream you hear in ID4UK isn't just any alien. It's Dannii Minogue.

The film is a very visual spectacle to watch, how did you approach bringing that to the radio and giving it the same audio spectacle?

I deliberately held off with big layered sound effects till the second half of the piece in order to make the thing sound like it could actually be a live broadcast. Once we had destroyed London, however, the full Audio Movie thing kicks in - tight scripting, layered sound effects, intense performances and of course a good music score, which of course David Arnold delivered for the movie and we were able to use too. 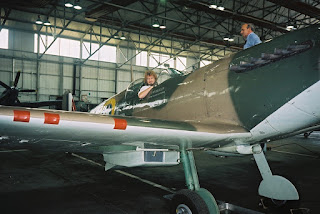 There are a lot of thank yous to the RAF in the liner notes of the cassette release, how closely were they involved in the project and its portrayal of the military aspects of the story?

The RAF were brilliant and allowed me and Darren Bowen from The Soundhouse to visit the bases at RAF Coningsby and Waddington to record various aircraft including Tornadoes and AWACS aircraft. It was a brilliant days work and the pilots were super-helpful, Phil the commanding officer and Brett our pilot "minder" answered loads of questions which I could later use to make thx jargon that the characters used more realistic. Darren and I were like ten year old in a sweet shop - we stayed in the local hotel that used to be The Dam Busters' officers mess, and when we weren't recording Tornadoes we got to sit in one. The best part of all was when we were allowed to look at the Battle Of Britain Memorial Flight aircraft - I don't know how I had the nerve to ask, but we were allowed to sit in a Spitfire ... The memory is still a thrill. Later on when we had a big playback of the audio movie (before broadcast) Squadron Leader Phil came on behalf of the RAF and really enjoyed it. He also loved that it was the RAF saving the UK. Apparently the squadron had just had a series of training exercises with the USAF "Top Gun" pilots and had beaten them on points so he felt winning against the aliens too was fitting.

With Independence Day: Resurgence hitting cinemas, would you be interested in revisiting the universe for an ID4-UK 2 if the opportunity arose?

I think we hit just the right tone in our original version; I wouldn't want to gild the lily!

You recently adapted Alien: Out Of The Shadows, which is available on Audible now, but what (if anything) can you tell us about what you will you be working on next?

Actually there are three projects in the pipeline though I can only talk about one, a sixth series of The Hitchhiker's Guide To The Galaxy which we'll be making with the original radio cast next year. [and first announced exclusively to us in our Towel Day interview with Dirk - Ed] All else is under wraps for now.

Huge thanks to Dirk Maggs (and Stuart) for taking the time to do this Q&A and for Dirk's fantastic (and enviable) photos. You can find Alien: Out of the Shadows on Audible here: