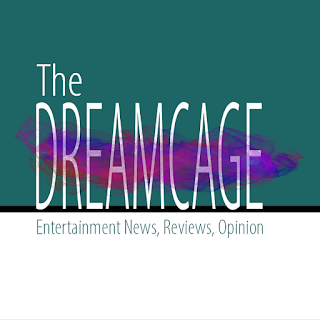 To kick off our dream themed day to celebrate our rebranding to The DreamCage, Reece Morris-Jones shares his dreams for 2017...

2016 has been a bit crap. Between beloved entertainment figures dying left, right and centre, a spray-tanned president being given the power to nuke us all and the continued inexplicable existence of Jai Courtney,* it seems we've taken a definite downturn this past year.

But The DreamCage is all about celebrating pop culture that can uplift us. Provide positive thoughts. So here are a few things in 2017 I fantasise about coming true:


The trailer was impressive. It has the guy who made Arrival directing it. It looks like Harrison Ford gives a shit about a role for once. Yet something about the idea of making a sequel to Blade Runner seems off. I'm not even that hot on the original film, but I recognise it for the ground-breaking achievement it pulled off at the time.

So I'm wary of such a sequel, even if it has a lot going for it. Still, if they pull it off and make a good film, can you imagine how great that would be?! It would make several years in a row where smart science fiction films became blockbuster hits. There may be hope for the world yet... 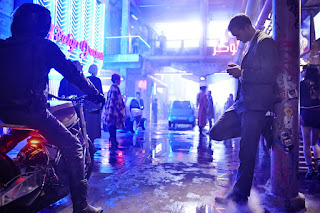 Still, I would shank every person involved with the Blade Runner production if it meant I could guarantee the Mute, the “spiritual successor” to the 2009 directorial debut by Duncan Jones, is good. Admittedly this film will face an uphill struggle – Mute will have the weight of anticipation behind it that Moon didn't. Jones is also still shrugging off the misfire of WarCraft - which may have dented his chances of “making it big”.

But a sci-fi noir film set in Berlin where “East crashes against West” seems too good not to succeed. Hopefully it won't be overshadowed by Blade Runner 2049. The film is slated for a 2017 release on Netflix and I would be overjoyed if the decided to do a surprise release in the next few months. 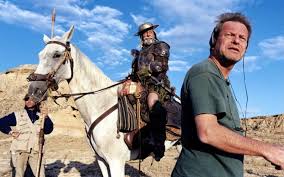 The Man Who Killed Don Quixote gets made

Continuing on the theme of 'shank everyone to make sure it turns out well', it would be remiss of me not to mention Steve's favourite director and his ever delayed passion project. Followers of the project were given a brief glimmer of hope as creator/director/messiah figure Terry Gilliam announced he had finally secured funding and was restarting production after the collapse of the original film.

Yet hopes were dashed almost immediately as the financier pulled out. With the announcement of a “Disneyfied” adaption of the tale, it looks like we won't be seeing the film ever at this rate. So I hope that this year provides a relief for Gilliam's ongoing miseries. 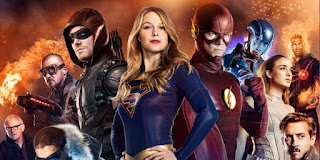 The DC TV shows continue to get better

If someone had told me 10 years ago that the best adaptions of a comics universe would be coming from the network that gave us Smallville, I would have laughed you out of the room. Yet what started ropey in Arrow has blossomed into a hokey but utterly sincere mix of soap opera and heroic do-gooding – basically everything that makes superhero comics appealing in the first place.

With this year's crossover event – a four episode special that spanned the entire spectrum of the CW's current roster, they pulled off what would have seemed impossible a few years ago. Arrow is wrapping up strong after a shaky few seasons and The Flash, Supergirl and Legends of Tomorrow seem to be getting better as they go on. At this point I can’t be the only fan wondering why Warner Bros haven’t replaced their awful film universe with one that truly soars. 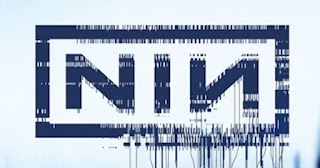 NIN put out some more music

Things have been a bit quiet for Nine Inch Nails’ fans. Trent Reznor has cleaned himself up, won himself an Oscar, has a wife and kids and now looks like he could bench press you for fun. The band's last album Hesitation Marks didn’t sit well with a lot of fans, who didn’t know what to make of an album and an artist that, instead of being gloomy, almost sounded happy.

So Not the Actual Events (read my review on AlbieMedia AM), an EP released on the 23rd of December, had a lot to prove. It delivered, refining the sound that has defined the band and taking it off in a new direction.

Reznor has said that 2017 will deliver two projects that will make NIN fans happy, so here’s hoping. 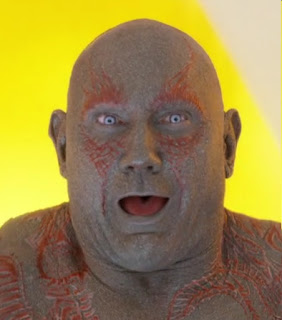 They make another great Marvel film

Yeah, I said. When was the last time you really enjoyed a Marvel Studios film, outside of it being merely ok? For me, it was when this chap last graced our cinema screens in Guardians of the Galaxy, a film that managed to take the self-assured confidence of Marvel and fuse it with James Gunn’s unique sensibilities to deliver something the studio haven’t really matched since.

Given Marvel really are the best at delivering this type of action film right now, that’s a real bummer. But still, look at that face. Watch this trailer. Laugh if you have a soul. Fingers crossed they don’t overegg the pudding.


*#JaiBless. May the great Lord Jai forgive me for my indiscretion.