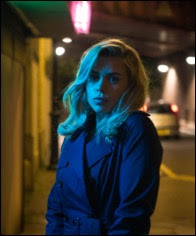 From the director of Dredd and the producer of I, Daniel Blake, watch the first trailer for City of Tiny Lights...


Meet Tommy Akhtar (Riz Ahmed), cricket fan, devoted son to an ailing father and deadbeat private eye. He’s got an office above a cab firm, a taste for cigarettes and bourbon, and a finely tuned moral compass that he keeps hidden behind a sharp cynicism. When Tommy walks into his office one morning to find high-class prostitute Melody seeking his help, he’s launched into a story that plays as an utterly original modern noir.

Set in West London, City of Tiny Lights is co-written by author Patrick Neate and based on his novel of the same name. It is a unique portrait of contemporary London as a teeming multicultural metropolis where nothing is as it seems.

City of Tiny Lights gets a cinema release on 7th April.