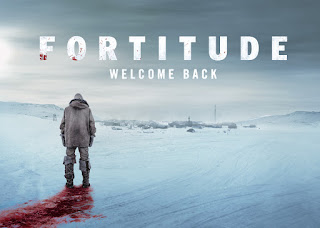 Season 2 of Fortitude returns to Sky Atlantic on 26th January. Find out more about it from the show's creator Simon Donald and read an interview with star Dennis Quaid...

“Life is hard in Fortitude”

The residents of the island have overcome the parasites that tore their peaceful community apart. But their respite from chaos is set to be short lived, with the mainland cutting off funding and supplies, and Dan and Eric absent from a threadbare police force, just as Fortitude is rocked by another mysterious death.

Show creator Donald explains how he approached a second season set nine weeks after the shocking events of the first: “Rather than a fresh start, where everybody’s all washed and scrubbed ready for a new adventure, we were looking for the right place to come into a story that still had a lot of consequences in play from the world we’d just left. We wanted there to be mysteries that had grown out of the first season that had to be addressed. The turmoil that the parasites created has died down, but the reverberations are still consuming various characters.”

While continuing the stories of Fortitude’s existing ensemble, season two also introduces some new faces, with Dennis Quaid and Michelle Fairley among several big additions to the cast. Quaid plays Michael Lennox, a fisherman in search of a lucrative King Crab catch to bring in some desperately needed money for him and his ailing wife Freya (Fairley). “Dennis is such a loveable presence on camera,” says Donald. “He’s warm and funny and the viewer wants to spend time with him, those qualities are very useful – you can play with them, you can play against them. What’s interesting about the Fortitude creative process is the casting and the creation of the characters happen very close together. I had two scripts finished when we cast Dennis, so I started writing with him in my head around episode three. I was actually watching his performance when we were writing the final episodes. Richard Dormer’s performance also changed the way I wrote Dan very early on and it made the character much more interesting.”

Back on the island, Freya becomes entangled with a new arrival, Vladek, played by Robert Sheehan, another fresh addition to Fortitude’s brilliant cast. Season two also introduces Parminder Nagra’s driven Dr Khatri and Ken Stott’s bureaucratic government official Erling Munk, who butts heads with Governor Odegard. Simon recalls that Stott was an early first choice to play the role, which brings a new dimension to the story: “I’d worked with Ken in the theatre 25 years ago and he’s evolved into a spectacularly good actor, but for Munk he brought a presence I hadn’t really seen him do before, which was a sort of toad-like malignancy. He relished doing it and he absolutely goes for it without vanity and that’s just terrific fun to write for. Actors giving you something naked and not vain is to be treasured and Ken was just loathsome, in the best possible way. He was a big flavour that we hadn’t had before.”

The gripping and intricate mysteries of Fortitude’s maiden outing made it Sky Atlantic’s most successful original commission to date and Donald and the team got a thrill from keeping fans on their toes. “It was fun watching people guess where it was going, realising it had taken a bit of a turn and enjoying that ride. The fact the show was not committing itself to one genre and to see people enjoying that was thrilling, because that was something we were deliberately attempting to pull off. “We were also very pleased that the key plot points we’d hoped would be shocking and frightening and exhilarating worked when we got to them – things like the attack that Shirley makes on her mother in the sitting room… That was originally with a teaspoon, until the director said: ‘It’s just going to bend, get a fork!’”

In season two, viewers can look forward to some similarly full-blooded moments. “In episode nine we went for broke. It’s powerful and visceral and shocking and I think it’s really moving. This show feels like it has to take you somewhere really strong and confrontational, it’s that kind of world, and that episode goes somewhere that I don’t think any British show has gone.” Donald recalls an early meeting with Sky’s head of drama, Anne Mensah: “She said what we’re trying to do with Sky Atlantic is create an environment where writers bring the thing they love best but are pretty sure nobody’s ever going to make. It’s an unbelievable opportunity to create a world that is part of reality but also imaginatively, completely its own place and have it brought to life with fantastic actors. Anne said she wanted it to be ‘unfettered’ and that’s a great licence to be given. That hasn’t often been part of any brief I’ve had in British television before.” There’ll certainly be plenty to shock, surprise and delight upon our return to Fortitude, as a compelling new mystery unfolds in the series’ unmistakable bold and original style. 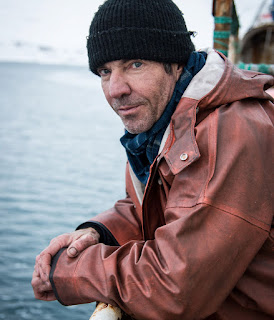 Dennis Quaid's character, Michael, is the patriarch of the Lennox family and stepfather to Ingrid. New to the story, but not new to the town, the Lennoxes have been in Fortitude ever since local girl Freya married Michael nearly 20 years ago. Michael is a fisherman, and lately he has been struggling to make ends meet thanks to the quotas and regulations imposed on Fortitude. Despite this, he is intent on landing every Arctic fisherman’s dream: King Crab, worth hundreds of thousands for a big catch. His quest is made all the more desperate as he struggles to come to terms with the diagnosis his wife has recently received. Freya is going to die – but it doesn’t stop Michael from trying anything to find a cure.

What convinced you to join Fortitude for season two?

Season one. It was a very easy yes to begin with. I wanted to be a part of this cast and a part of this world. It’s the kind of show that I like to watch.

What aspect of the story grabbed you?

It’s a great mystery, and also it utilises several genres – or you think it’s going to – in a way. It’s a slow burn in terms of what will be revealed – sometimes the audience knows before the characters. You get involved with the characters, and where their interior stories are going.

Tell us a little about your character, Michael.

He’s a fisherman by trade. I guess he’s an ex-pat from the US. He’s been here for quite a long time, enough time to marry a girl and have kids. His wife is going through health problems which is life changing for everyone and it is his mission to save the love of his life.

Was it that family aspect of the character which drew you to him?

Yeah, it’s a huge part of it. And also, he’s a man whose entire identity has been shattered, he has to rebuild and hold on to those things which are most dear to him. There’s an art to the character, he has great challenges. And then really it’s the rest of the cast because it’s truly an ensemble piece. Everyone puts their ego aside and really works together. Reminds me of when I first started out to tell you the truth. Keeps fire in your belly. 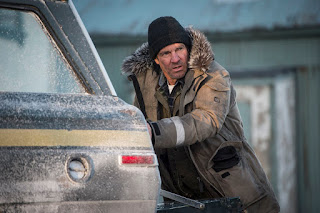 You play a central role in this season. What was it like working with that cast in that location?

Everybody was already settled into their characters by the time I got there, and everyone was so welcoming. And working with Sofie [Sofie Gråbøl plays Governor Odegard] was just extraordinary. She is such a great actress, so subtle. Working with an international cast like this was a unique thing for me as well.

The location must have been a challenge, just the temperature and the environment…

Well, I guess. But for some reason I just love Iceland. In fact, I’m playing a fisherman, so I worked it so I could go out on the Arctic Sea for research. How many times do you have a chance to do that? It was just glorious. And when it came time to shoot, of course, we’re out there on the Arctic Sea and I’m piloting the boat, the entire crew was on there, and I think I was the only one who didn’t get seasick, which may speak to my piloting skills. Just getting to work could be daunting. We had to take what they call a Super Jeep every day, and it was a wild ride.

Of course, you have had some prior experience shooting in the Arctic.

I’d been there in the 80s for Enemy Mine: we shot six weeks there, then they shut it down and fired the director. Then we moved to Munich and shot it indoors.

… And you lived through a second Ice Age in The Day After Tomorrow.

Well we shot that indoors as well! It was 3° below outside of Montreal, snow piled high, but we shot it indoors. So did you feel prepared for a frozen shoot? Yeah, I just love the outdoors to begin with. I love being in locations like that. It’s just one of the most fascinating, exotic places. I say that Iceland is like Hawaii in the Arctic.

The journey from film to television with what is happening with TV storytelling today must be pretty interesting?

It used to be quite a wide gap for actors who were doing film. They didn’t really want to do television because of the care and quality of the writing and production. But these days, starting about five years ago, that’s all changed, and the writers started coming to television, and the actors have followed suit. It’s the new independent film, only hopefully following a 50-hour format over five seasons. It gives them a great chance to unfold a character and do some very interesting work.

The events of the new season may dictate this, but given the opportunity would you be open for another season of Fortitude?

I’d be willing to start next week in fact. Sky is really positioned very well, because one of the attractions of coming to do Fortitude was, as well as the great story and great script, to be in another market. It’s becoming more international in the States – not as much as it has been over here in Europe – but you have shows which are subtitled and yet a lot of people are watching these days. I feel like it’s the best thing I’ve done on television. I’m so proud to be a part of it.

As well as one episode a week on Sky Atlantic, all the episodes of Fortitude will be available on box set from 26th for people to watch all at once. Are you someone that binge watches?

Yeah, once I get on a show I like to watch it all the way through and ignore anything else that’s going on.

Do you have any favourite box set series?

Breaking Bad – that show really kicked it off for everybody. I ended up going back and watching The Sopranos again, and then there are Mad Men and Narcos. It’s a commitment to binge watch – but by doing it people get involved emotionally. It’s like a seduction. You get people involved, and then they’re with you.