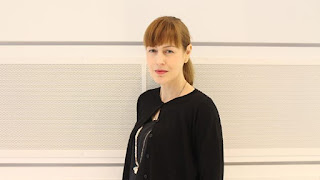 Written exclusively for the station and developed through the Experimental Stories scheme, a collaboration between BBC Radio 4 and Wellcome, Resistence reflects some of the latest concerns by the scientific community on the rise of antibiotic resistance and examines an extreme scenario of what happens if antibiotics stop working.

Starring Gina McKee (pictured above), Resistance follows Zoe Meadows, a journalist at a music festival in the North East of England. A mystery illness erupts at the festival and nobody’s quite sure how it’s travelling. As the three-part drama unfolds, listeners will hear how the disease becomes an uncontrollable epidemic, highlighting many of the latest challenges the scientific and medical community is facing in real life.

Val McDermid says: “Drama makes the science behind Resistance impossible to ignore because it puts us in the shoes of those who are affected. Radio drama in particular is intimate and immediate and nimble - it can react quickly to events because we don't need to build sets and design costumes. We just let the actors give the words their full weight and the listeners become part of the story.”

Jeremy Howe, BBC Radio 4 Commissioning Editor for Drama, added “Sally Davies, the Chief Medical Officer for England, gave a presentation to writers and producers at Wellcome about the failure of antibiotics. No surprises, then, that the brilliant writer and storyteller Val McDermid came up with a three-part thriller that is as chilling, compelling and thrillingly imagined an account of armageddon as Resistance. Listener – you have been warned.”

Programme consultant Christopher Dowson, who is Professor of Microbiology at the University of Warwick and Trustee for the charity Antibiotic Research UK talked about the subject itself, saying “This fantastic production presents in an emotionally engaging manner some of the important issues that have given rise to our current predicament – ever rising resistance and fewer effective antibiotics. My hope is that listeners will go on to ask ‘what can I do to be part of the solution?’.”

Val McDermid is a No.1 bestselling author whose novels have been translated into more than thirty languages and have sold over fifteen million copies. She is probably best-known as the author of the Wire in the Blood series, alongside several award-winning standalone novels. She is a Fellow of the Royal Society of Literature and Chair of the Wellcome Book Prize.

Wellcome and Radio 4 Experimental Stories for Radio is an annual two-day workshop at which radio writers and producers work with researchers to develop dramas. Past themes include consciousness and drug-resistant infection and have resulted in many commissioned projects. Previous workshops have resulted in award-winning radio dramas Fugue State by Julian Simpson and The Sky Is Wider by Linda Marshall Griffiths.