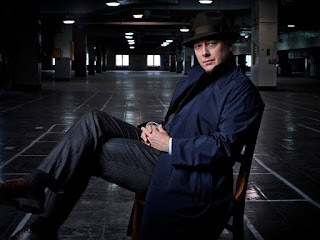 Since it’s James Spader’s birthday, Susan Omand narrowed down his back catalogue of films to a top five...

Why have I not written about James Spader before?! I’ve had a long time love-affair with his work. He’s one of these character actors that pretty much ensures I’ll watch a film if he’s in it (yes, even Age of Ultron.... oh, that voice.) He does “weird” ever so well, even when he’s in what should be a conventional role, in a way that draws my focus for the whole time he’s on the screen. Even as far back as the 80’s, with his minor roles in Pretty In Pink, Mannequin and Wall Street, he caught my attention and that was before he hit the big leagues with the award winning Sex, Lies & Video Tape.

For my top 5, and believe me it was difficult to narrow it down, I’ve ignored his TV series work, like his glorious roles in both Boston Legal and The Blacklist, and just concentrated on the films. I know I’ve missed off a few stormers, including a lot of, I admit, fairly dodgy films that he managed to make highly watchable (yes, I did enjoy Crash) but do let me know of any of your favourites not on the list and I’ll give them a watch if I haven't seen them. 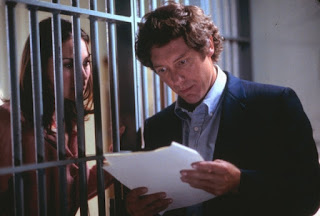 5. The Pentagon Papers
I’m ashamed to admit it but this film was a very recent watch for me, after Steve wrote his review and What If around the subject and brought it to my attention, so go and read them. It is a technically superb film and Spader has created a masterclass in character study, given that this was based on real people and events. 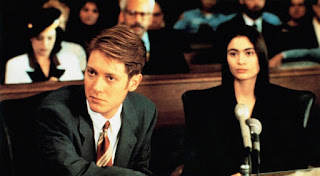 4. Storyville
A very under-rated film in my opinion, as Spader plays a Southern States political candidate who investigates his own blackmailing, after being taped in a compromising position with a “professional lady,” and uncovers a family background in political corruption. Co-written and directed by Mark Frost, one of the names behind the now infamous Twin Peaks, this film had that same slightly off-beat feel that meant you were never quite sure of what was going on in the background while still being as sultry and sensual as a lot of these Deep South dramas are. As one review I read put it “imagine Tenessee Williams channelling David Lynch”. Yeah. That. 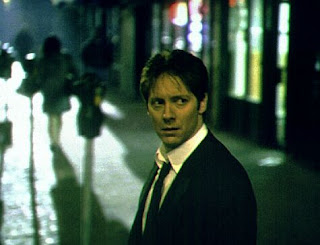 3. The Watcher
James Spader as a retired FBI agent out to capture a serial killer played by Keanu Reeves. What’s not to like? It’s more than that though, as this is a strong character study of both hero and villain, the hunter and the hunted, and it’s this psychological aspect, coupled with the neat visual effects of the flashbacks, for me, made it a step above the usual police thriller. 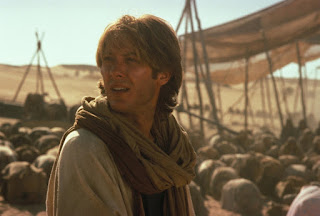 2. Stargate
Yes, I know, I know, but watch the director's cut so that the plot actually makes sense and you'll see it’s an amazing film, combining several of my interests at the time with Egyptology and science fiction alongside Kurt Russell (in army fatigues...) and James Spader, as the attractively weird intelligent one. Again, what’s not to like? This was Indiana Jones level of cool archaeology with space/time travel thrown in and I loved it. 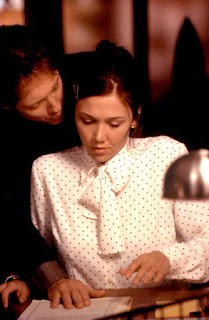 1. Secretary
Given that this is in my top five films of all time, it really has to be top of this list. I absolutely adore this film – the character studies are utterly fascinating and the chemistry between Spader and Maggie Gyllenhaal is electric. Yes there’s a sexual element to the film, there has to be, but none of it is gratuitous or sleazy and it all forms part of a highly complex portrayal of a consensual sub-dom relationship. It is hands down (no pun intended) the best work that I’ve seen from Spader, holding that line with his character, that could so easily have become either malevolent or sordid or both. Instead he comes across with the necessary coolness and confidence to be a strong dom coupled with the deep devotion to his sub, who, as she should, has all the power in the relationship, which makes the pairing work so very well. It’s just beautiful to watch.