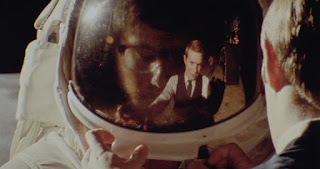 1967: the height of the Cold War. The CIA suspects there is a Russian mole inside of NASA, sabotaging the Apollo program. They send two young agents on a mission to go undercover, posing as documentary filmmakers, there to capture NASA's race to the moon. The real mission - use their access and technology to hunt down the leak. But what they discover is far more shocking than soviet spies... Their government may be hiding a secret about Apollo that could define the decade, and the White House will stop at nothing to silence anyone who learns it.

With nominations for Best Picture and Best Director at the Canadian Screen Awards, from writer/director/producer and star Matt Johnson, alongside Josh Boles, who also co-wrote the screenplay, and Owen Williams, comes this history-rewriting investigation of the greatest conspiracy theory of them all – the idea that NASA faked the moon landing. Watch the trailer below.