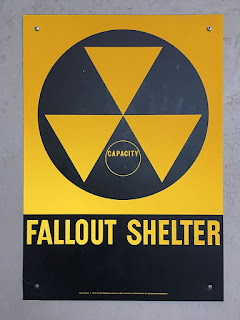 Our own rogue scientist, The Defective Inspector, heads for his underground nuclear bunker with five of his favourite world ending indie games...

When I found out The DreamCage was asking for apocalypse related articles I almost exploded. There are so many games which are linked to end of world events (Both before and after) I could write a book let alone an article. So, I decided instead to walk away from Fallout or Mad Max and instead focus on games which are not as well established, it’s what we do here after all! To clarify I will be talking about games where the world ended, reduced humans to less than top of the food chain or generally foobar’ed our way of life. Pre-warning… Spoilers ahead….

This was one of the first games I ever reviewed, back when I called myself “The Perfect Gentleman” so I had to include it. In this game the apocalypse event was referred to at “The Calamity” where the world was literally torn to pieces and shattered to the 4 winds, which were also scattered into 4 other winds. As with most world ending events people were to blame but it doesn’t change the fact you are living off hovering metaphysical structures looking down into an abyss. It’s an unconventional apocalypse game as there is no survival element but it is none the less a fantastically made, beautiful scripted and redefined what a narrative game could be.

It’s difficult to imagine Don’t Starve is anything less than a drastic change to the “way of the world”. Between the giant eye-birds and feral monster dogs it’s fair to say humans are no longer king of the hill. In Don’t Starve your primary objection is to (you guessed it) eat and survive without losing your ever-loving mind. Even though the follow up game Don’t Starve Together included a deep and rich multiplayer experience it still has a strong undertone of survival amongst a world without humans. It’s a beautiful experience and a very clever game with challenging rogue-like dynamics so to not mention it would have been criminal!

Some heavy-duty spoilers but this is a prime example of how an apocalypse game can be more than just an RPG. Your goal in the game is to force back “The Cadence”, a corrupted and downright creepy group of creatures who are encroaching on your home. According to the two people who live in the Massive Chalice (You read that right) the world surrounding you is simply “how it is” and you are destined to push the horde back. The ending reveals you are pushing back The Cadence but this isn’t the first time and it won’t be the last. Through some form of reincarnation with a memory wipe you are an eternal creature who will repeat the event until the end of time, so really your delaying the true end of the world. Puts your current job into perspective, doesn’t it?

This game is eternally in development but it does have a plot… Sort of. Currently the game is sandbox only with a story mode due to arrive “any day now”. Luckily the game is enjoyable in it’s current state and thus the Story Mode is not required. In a much more realistic way this is the true example of survival. While the story mode does not exist, the developers make it clear the game focuses on a player crashing a plane into the wilderness following a “global disaster”. What I love about this game is the realism, you do not build a house out of twigs by punching a tree! Instead you find random bits of furniture, shuffle through homes and pray for food, water and clothing while combating with the horrific cold weather and dangerous creatures. It’s a game which should get more attention, so check it out!

Be impressed I didn’t mention Zombies until now! Project Zomboid is a very particular zombie game which I’ve been playing for almost 3 years now. This game doesn’t truly have an end and seems to circulate around the start of a zombie apocalypse. Rather than asking the question “how will you survive?” the game brazenly asks “how will you die?”. You see the odds are constantly stacked against you as electricity and water shut downs and food becomes scarce. Honestly you are in a situation where all supplies will eventually be gone and short of a miracle you will fail. This is the truth of every survival concept which most people are not willing to accept, you will lose eventually. The level of nihilism in a post-apocalyptic world is a dangerous view to take as it doesn’t appear to all, but I believe it to be the more accurate and I had to embrace it, like I do with the void.


And that’s it people! While there are many MANY more games out there these are my picks for the most interesting, different and indie developed. Now if you’ll excuse me I am going to open my can of dog food and embrace my inner apocalypse… Or recent budget cuts. The lines are a little blurry…

Wikipedia By Geraldshields11 - Own work, CC BY-SA 4.0,
Email ThisBlogThis!Share to TwitterShare to Facebook