Film - The Assassination of Oscar 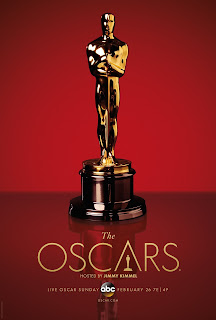 Forget about the Best Picture debacle, that was just a mistake after all (wasn't it?). Nate McKenzie looks at the much more controversial side of last weekend's Oscars ceremony as he braves the Twitter storms...

The controversy over the Oscar ceremony has been focused on the Best Picture mishap but that's not the only source of contention from the broadcast. The envelope switch was a huge deal but it was still an innocent mistake. A lot of people are taking exception to some other things that happened throughout the broadcast. I am tired of seeing people on Twitter bitch about those things so I'm here to bitch about them bitching. I know, productive, right? 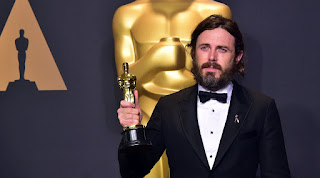 First things first: I, too, am outraged by Casey Affleck winning the Academy Award for Best Actor.

But not for the same reason as everyone else, it seems.

Affleck was accused of sexual harassment while filming the documentary I'm Still Here. The case was mediated and settled out of court. Both women got paid and were apparently happy with that conclusion.

Now, I'm just a white man in an ever-changing world (which is a great thing) but I'm going to be hard to convince that Affleck's case wasn't about money. (I already don't care about your tweet calling me a meninist asshole and an enabler of rapists, so don't bother.)

First, if you were verbally, sexually, and emotionally assaulted would you be content with accepting a pocket full of cash and calling it even? I've not been on either side of that situation but I don't believe I would be satisfied with that outcome. I would want justice. I would want justice for any woman in my life who had to endure that. Sure, "Everyone has their price." but that line doesn't hold weight in the case of sexual harassment.

Second, something that has been forgotten over the last decade or two is that, in America, you are innocent until proven guilty. Sitting in your chair judging everything in the Court of Public Opinion doesn't mean shit to me. Not everyone who is accused is guilty. Not everyone found guilty actually committed a crime. In some cases, obviously guilty perpetrators get off with a very light sentence - like Brock Turner. In other cases, people get away with heinous acts when all evidence points to their guilt - like the disgusting piece of human garbage John R. K. Howard.

Apparently, Affleck didn't stand by his word and honor a verbal agreement with one of the women regarding compensation. So, she lodged a complaint and got paid. I don't judge her for that. In fact, if someone isn't going to pay you what they owe you, I say you get paid however you can. Kudos to her for making sure she got her due. As for the other woman? If she is happy getting paid, then whatever did or did not happen must not have been that egregious.

Casey Affleck seems like a dope, but he is absolutely not a rapist (as he is being referred to as all over Twitter) because

A. he was merely accused and
B. he wasn't even accused of rape, but workplace sexual harassment (not that one is necessarily better or worse than the other; but there is a difference)

All cases of harassment, assault, and rape should be taken seriously and investigated thoroughly. But if two women lob accusations and then are content with taking a large sum of money and calling it a day, well then your fury and banging fists are a moot effort.

However, there is justifiable outrage to be felt at Affleck winning the Oscar for Best Actor for another reason... he just wasn't that good.

Casey Affleck was at best mediocre in Manchester By The Sea. The movie itself was at best a B+. An Oscar worthy performance? If he was playing a mentally disabled person a la Billy Bob Thornton (Sling Blade) or Sean Penn (I Am Sam) then I could buy the performance as something special, because that's how his performance came across. But that isn't what he was going for. So, I'm at a loss to see what everyone else apparently saw in him. I genuinely enjoyed the movie and I think the script by Kenneth Lonergan deserved his award for Best Original Screenplay. Overall, though, it simply wasn't an Oscar caliber movie. Choppy editing took me out of the moment in a few instances, and the original score, while beautiful, felt like $100 air freshener sprayed in a bathroom with a clogged toilet. It was cloying overkill and out of place.

By far, though, Affleck was the failing motor that couldn't keep the boat moving for me. I'm thinking of starting a Kickstarter to pay for language therapy classes because I can't deal with his mumbling and poor enunciation anymore. Is 'hot pebble treatment' still a thing? Can we try that?

Whatever you think about Casey Affleck as an actor, as a person, whether you think he did it or not, whether or not he deserves a fate worse than starring in Gigli 2... we can all agree that his speech was a bigger mess than his hair and beard.

"I wish I had something bigger and more meaningful to say."

[I apologize to janitors for that remark. They are much more valuable to our society than Casey Affleck's acting is] 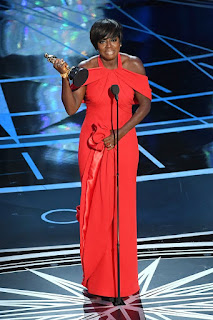 VIOLA IS LATIN FOR 'TO EXULT'

From a dull and lifeless speech we go to one that was every bit the exact opposite: Viola Davis' confidence.

Viola's confidence and eloquence is downright effulgent. Her speech was indelibly moving. Yet, somehow, people have taken exception to one particular line from her robust speech.

“I became an artist and thank God I did,” she continued “because we are the only profession that celebrates what it means to live a life.”

But of course, in our culture where everyone is offended by everything ever, there is a dumpster full of hot garbage takes on Twitter about how there are other, more important, professions that celebrate what it means to live a life. Doctors, nurses, etc.

Except she didn't say that artists celebrate the act of being alive, or the fact that we are alive, Viola said "what it means to live a life". As in, the meaning behind our purpose, the results of our actions, all of that which encompasses the reasons behind our decisions, what motivates, what inspires. The granules of emotion beneath the surface. Davis was referring to the ability that artists have to illustrate, with precision, not only that a painting exists, but the depth of the grooves on the canvas, the texture and hue of the paint, and the story behind the inspiration for it.

The funny thing is, the fact that an artist made the comment, and artists understand what she meant, and then non-artists clamoured all over themselves to disagree is EXACTLY THE POINT SHE WAS MAKING.

If you're too stupid to understand that, then why are you watching a bunch of artists give each other awards and listening to them talk about their art? Somewhere, there is a truckload of glue sticks these people are supposed to be licking. 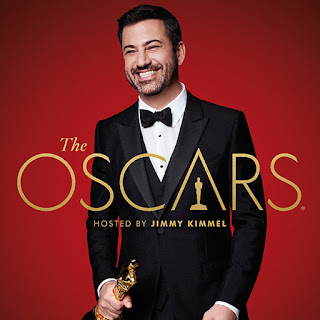 Jimmy Kimmel is a racist. Why? Well, during a comedic (as in, comedy) interlude, Kimmel found 8 year old Sunny Pawar in the audience -who starred in Lion alongside Dev Patel- and referenced The Lion King, then picked up the adorable child and held him up while Circle of Life played, recreating the famous scene where Rafiki holds up Simba for the Pride-Landers to see.
...
.....
.......

If you're waiting for the part where Kimmel did something racist, well, that was apparently it.

That's how ridiculous our society has gotten. A comeeediaaan tried to be cute and funny and now he's a bigot. 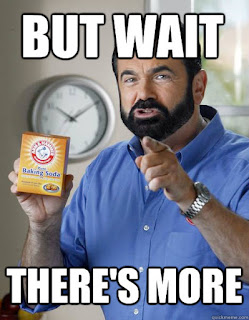 At another point, Jimmy Kimmel also made a joke about an Asian woman's name (Yulree); when her husband said his name was Patrick, Kimmel responded "See, that's a name."

And then the starry vault of Heaven itself fell asunder!

Actually, the lame joke got a light chuckle and everyone moved on. I mean, except for the people whose theme song goes "Everything is racist / everything is cruel when you say anything".

Here's a bright, fiery meteor of a newsflash for those who are confused: Comedians make fun of things. In fact, the good ones make fun of everything. Kimmel made fun of Matt Damon for the entirety of the show. He's practically made a career out of that bit. So, maybe, just maybe, Jimmy Kimmel is... not a racist?

Maybe Casey Affleck is just a mediocre actor and not a rapist?

And maybe, juuust maybe, Viola Davis is the hero we need, but certainly not one that we deserve.