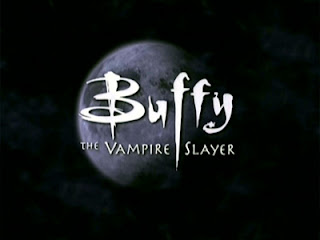 Reece Morris-Jones looks back on arguably the best show ever...

Twenty years ago this month, the original pilot for Buffy the Vampire Slayer aired. A retooling of the film also written by Joss Whedon in 1992, showrunner duties were offered to him by executives at Fox who didn't think he would be actually interested.

As Whedon remembers it:

“They called me up out of contractual obligation: ‘Call the writer, have him pass.’ And I was like, ‘Well, that sounds cool.’ So, to my agent's surprise and chagrin, I said, ‘Yeah, I could do that. I think I get it. It could be a high-school horror movie. It'd be a metaphor for how lousy my high-school years were.’ So I hadn't had the original idea, I just developed it.”

After seven seasons, an equally well-remembered spin-off show, comics, books and a whole fan base that eagerly consumes every new addition to the Buffyverse, just what is the lasting appeal of something that wasn't even intended to be long lived?

To me, it's a strong, irrelevant sense of humour (at the time a unique voice, before everyone decided to copy the show’s “Whedonisms”) and sense of self-awareness, rooted in strong characters. All headed by a creative team who were willing to take unexpected events and just roll with them*. It's these elements that make the creator of The Wire think it's the best show ever.

We also have to realise how, at the time, there wasn't anything like it. A supernatural teen soap opera that had a flair for self-awareness, wasn't afraid to embrace the baroque and had characters you could relate to? It raised heads across the board and these days you aren't likely to see any sort of genre or Young Adult offering that isn't influenced by it (even if it's just in reaction against it).

But being a trendsetter doesn't guarantee such fond memories or critical acclaim. What makes Buffy work so well?

To look deeper, we need look no further than the first season of a show as well as the last. Traditionally the weakest parts of any show as the creators find their path/run out of ideas, stripping the show back to the basics is character motivation. Anyone watching it for even five minutes could tell what drives each character as well as their key defining features. What's more, were a viewer to watch further episodes, they would be rewarded to see such characters evolve and grow, whilst retaining the core of who they are. Season 1 Buffy is not Season 7 Buffy. She's grown past the self-doubt and indecision that comes with being a teenager. She's cast off the gaze of the Watchers, a sect of men who would wish to control her gift for their own ends and embraced what it is to be a Slayer. Alongside her has grown Dawn, Xander, Giles, Anya and Spike. Even Dawn sort of ended up being useful.**

I guess what I’m getting at, is that Buffy took the formula of teen dramas, turned them on their side and created characters who were instantly relatable. Who we wanted to see grow and persevere. With rock solid grounding like that, it's no wonder they’ve gone on to have lives of their own even after the show ended.

Buffy the Vampire Slayer created a world that wasn't too far from our own, if you excuse the odd Hellmouth or two. Filled with people who matured and changed by embracing the best (and worst) parts of themselves. It was human drama, heightened just enough so we could see the truths of these characters.

It was one of a kind. So if you haven't watched the show yet, what's stopping you?

*Originally, the plan was to make the character of Spike a one-off villain who would shake up the show and leave. Imagine how different the show would have been then.

**The writers tried their best, but introducing a whiny, useless brat five seasons in was never going to go down well.