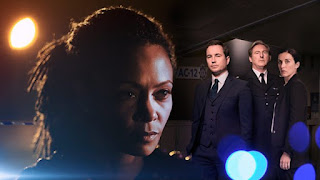 Ahead of the return of Line of Duty for its fourth series next Sunday, 26th, the BBC have released an interview with its creator Jed Mercurio...

Thandie Newton (Westworld, Crash) will take on the role of new AC-12 antagonist DCI Roz Huntley, in the new series of Line Of Duty, following in the footsteps of Lennie James, Keeley Hawes and Daniel Mays. Series four of the hit drama, written and created by Jed Mercurio, begins with DCI Roz Huntley and her team in the thick of a career-defining case, Operation Trapdoor.

Under intense pressure to catch the culprit and prove herself to her superiors, and facing conflict with her colleague, Forensic Coordinator Tim Ifield, it’s not long before AC-12 decide to probe her handling of the investigation. A mother of two and wife to husband Nick (Lee Ingleby), Roz will do anything to stop her life unravelling. Anything.

Produced by Cait Collins, the executive producers are Jed Mercurio and Simon Heath for World Productions, and Stephen Wright for BBC Northern Ireland. With support from Northern Ireland Screen. The award-winning series moved to BBC One after its huge success since launching on BBC Two in 2012 and we can look forward to the fact that series five has already been commissioned. 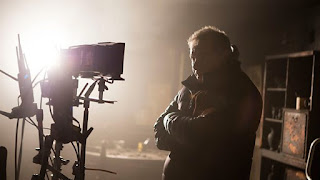 Here is what Jed Mercurio had to say:

Where do we pick up with AC-12 this series?

This is the fourth series now. Do you find it easy to write those AC-12 characters now and does knowing Martin, Adrian and Vicky well help you with that in any way?

Roz Huntley has been described as their most devious opponent yet, what can you tell us about her?

Roz is a Detective Chief Inspector and is the senior investigator on a big police operation called Operation Trapdoor which is the hunt for a serial killer. The hunt has been going on for six months without success. There have been two victims so far and they have no leads and episode one starts with a breakthrough in the case. Roz leads her team to successfully apprehend the culprit for these offences, or who she thinks is the culprit.

She is a very intelligent and capable officer, a working mum with two kids, who took a career break of five years to look after her kids and as a result she’s not as far along in her career as she would have hoped. She’s very ambitious and well educated, she really knows her job very well and she has a great deal of loyalty from her team and is well liked by her superiors.

It’s absolutely crucial to the synthesis of the character on the page and then the actor we’re lucky enough to get to play the role. That’s a process that starts at the script writing stage, thinking who might be the right kind of actor and who might fill the shoes that we’ve created.

We were incredibly fortunate this time with Thandie because we met and there was really very little in the way of discussion. We met and it was something that felt right straight away. She really saw a way to play Roz and we were all absolutely delighted that someone like Thandie who is at a really high point in her career would agree to do the role, it was one of those things that clicked - as it did with the previous cast.

We went through the same process for the previous three series and it’s just so important to the identity of each series, we probably do position that antagonist role as the defining feature of each series. 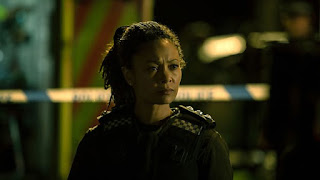 She’s a lot of fun. She’s very humorous, very talented and worked really hard. She was always really incredibly prepared for every scene and just an absolute delight to work with. In between takes she was a bit of a comedian.

What can you tell us about Jason Watkins’ character, Tim?

Tim is a novel character for us, something we’ve never done before - the whistle blower. He’s the Forensic Coordinator and the Chief Forensic Investigator on Operation Trapdoor, this long term inquiry that Roz’s character is leading. He has some misgivings about the forensic evidence and he alerts AC-12 that there may be some holes in the case against the person who’s been charged for the serial murders. He’s an intriguing character and you’re never sure where you stand with him.

I worked with Jason a long time ago, he’s a fantastic actor and a really lovely bloke and we got on really well. I saw him at the BAFTAs a couple of years ago when he won an award for The Lost Honour Of Christopher Jefferies and I did say to him we should get you in Line Of Duty and he said he’d be up for it so it all worked out!

Forensics is at the heart of this series, why did you decide to focus on that and did you have to do a lot of research?

I’m really lucky that we have such great advisers and our main police adviser who is a serving Inspector is married to a Forensic Investigator so they were brilliant in terms of not only discussing how forensic science works from the viewpoint of the Forensic Investigator but also in terms of the interface with police officers and how police officers interpret forensics.

I thought that it was a timely thing in terms of a bigger idea which is about how evidence and factual information are evaluated. We’re living in interesting times where people seem to be able to say things which are contrary to what you would call rationalism. People say don’t trust the facts and don’t trust the evidence in a way they didn’t do in the past so it felt like the right time to look at this issue in relation to policing where we would all expect and hope that cases are judged purely on evidence and the facts.

Line Of Duty has moved from BBC Two to BBC One for this series. Did you change the way you wrote it as a result?

No. In the discussion that was had about the show moving it was made clear that nothing needed to be done differently. We’re very pleased to be sharing a platform with some of the other acclaimed and successful dramas already on BBC One.

Finally, what can viewers expect from this series?

We hope once again to torment the nation with twists and turns.