Film - I Am Heath Ledger 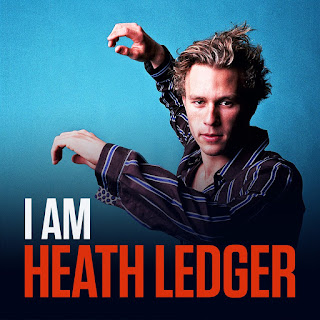 Watch the trailer for the new documentary I Am Heath Ledger...

Celebrating the life of Heath Ledger, the documentary provides an intimate look at the actor through the lens of his own camera as he films his own personal journey - he had wanted to pursue a career in directing after acting.

According to the film's website "It was his creative energy and unshakeable willingness to take risks that instilled such an extraordinarily deep love and affection in the people that entered his life. Heath’s artistic nature and expression set him apart from the Hollywood mainstream, vaulted him to stardom and endeared him to the world."

As well as footage shot by Ledger himself, the documentary also features excerpts of his greatest performances and interviews with friends and family including Ben Mendelsohn, Naomi Watts and director Ang Lee, who says "Even as a supporting actor he will steal the whole show."

I Am Heath Ledger gets its red carpet premiere at Tribeca Film Festival on 23rd April before coming to Spike TV in May.

The trailer was released this week to coincide with what would have been Heath Ledger's 38th birthday.