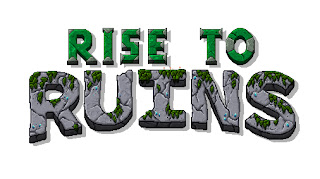 The Defective Inspector opens a written case report for Rise to Ruins from SixtyGig Games...

After shuffling through the real world I felt a sudden tug to return to the online community, I like to think of it as a “calling” but more accurately it was probably just desire to escape reality. So, when I returned I went onto my generic online market place and was given the recommended game “Rise to Ruins”. I was a bit puzzled as I had never heard of the game, but it looks RIGHT up my street. Then it hit me, THIS was the developing game “Retro-Pixel Castles”! A game which started in 2014 and seems to of gone through some sort of rebranding. If you are more of a watcher than a reader you can see the Let’s Play footage here otherwise continue through this magic forest of words. Frolic with me! 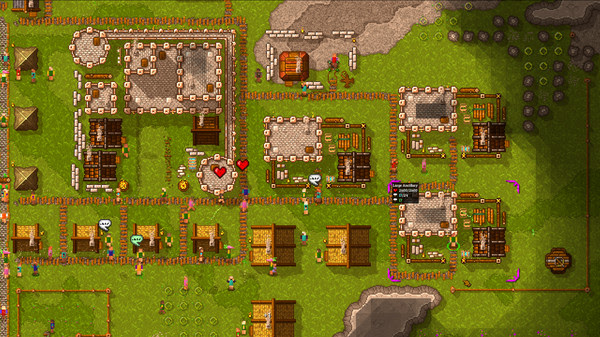 The game calls itself a “Godlike Survival Village Simulator” which may explain the change in title. I suppose when you get down to it the game became a village sim over time and the renaming was only natural, in fact most reviews during the early days called it a rogue-like village sim rather than a castle builder. It’s not too surprising as the game focuses less so on building a castle and more a self-sufficient society that is under constant threat from creatures of the night. While there are still many kinds of towers and sturdy castle-esque walls it doesn’t really give you the building blocks for a fortress. The god element really comes down to the magic skills, ominous presence to command building to appear as well as the strange fantasy creatures hell bent on raiding your poor provincial town.

You can tell immediately that this game is indie based, it’s 8-bit heaven. In fact, SixtyGig Games is a one-man operation and that makes the development all the more impressive. Forgetting already that the framework of the game is solid and the economy is pretty well balanced there is something to be said about the music. Considering this game was initially funded with ~$10K it’s gone a hell of a way forward. Granted there have been some comprises here and there but it’s fair to say it’s more than just a cut and paste job, it’s been made with love. 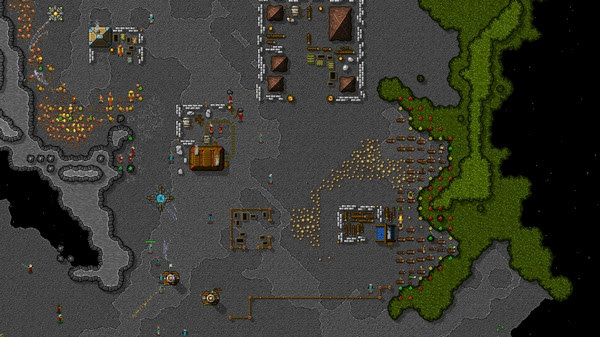 There are also a variety of difficulties to suit your fragile mind. There is one where you are harassed monsters like an evangelical at the door, another where the knocking only comes at particular times of year and of course the god-like sandbox mode where you are god where YOU are the one who knocks. Beyond that there is a map editor allowing you to create more complex and interesting games of your own to share amongst those you call friends or simply to enjoy a self-made scenario. That’s not to say the world map is not sufficient, oh no, I rather enjoyed the multiple maps and different sectors scattered around the region I have named “Bit-Toria”. Regardless, the free will to change the game and manipulate it a bit is always well received and tends to do well for any game when it comes to longevity. Hell, that’s why there are still people playing Warcraft 3. (Hint, it’s not for the campaign mode).


Let’s also take a moment to discuss the glorious statement made by the developer: “I don’t believe in paying for DLC”. I only point at this statement because Ray (the creator/developer/gaming overlord) has kept to his word and in the 3 years of development not a single bit of DLC has appeared but the game continues to be developed at an active pace. It’s also not a matter of greed, the game is borderline criminally cheap. 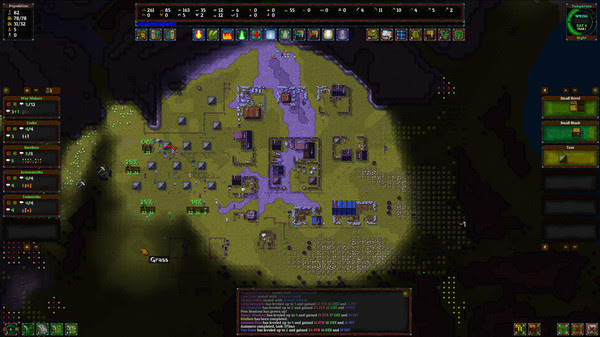 There isn’t much to talk about with this game, it’s fairly standard in many ways. The rogue-like elements and enjoyable gameplay makes it a solid purchase but there is nothing shiny or notable about it. I’ve played it for a couple of hours and believe it’ll ruin it’s course somewhere between 50-100 hours including map editing time and that’s being a little generous. I don’t think this is a criticism really, I bought this game for less than my fish and chips food bill, but I don’t want to oversell it. It’s a good game, not a great one.

That all being said I would recommend it to anyone. I am a sucker for games including micromanagement and I think Rise to Ruins has created something most people would enjoy. It won’t be “that game” you tell all your friends about 10 years in the future but it’s a solid game made by a new indie developer who needs some serious pats on the back, it just happens to be easier with a $5 bill…