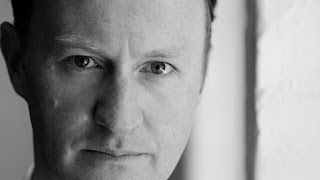 Ren Zelen asks Mark Gatiss about ghosts as he talked about everything From League of Gentleman to Sherlock at the BFI/Radio Times Festival of TV recently...

Mark Gatiss turns up in all sorts of places, and yes, that was Mr Gatiss as Stephen Gardiner, Bishop of Winchester, in the acclaimed BBC series Wolf Hall, and in prosthetics and a fat-suit playing the distinctly unpleasant figure of the Prince Regent in Tom Hardy’s recent, violent, period mumble-fest Taboo.

Those prosthetics proved to be less than comfortable, “It was terribly hot and the most uncomfortable I’ve ever been!” declared Mr Gattis, “There was no time to make one whole piece for the prosthetics, so they were applied in sections, and they kept falling off!” he added.

Gatiss laughs whenever he’s called a ‘Renaissance man’ – he asserts that he can’t draw, invent anything and was not good at science – “My academic results were very unimpressive – I did want to become a palaeontologist, but then I found out it was rather a lot of hard work!” although he is still an avid fossil collector.

He did however have a supportive careers teacher at school who declared that he could see him ‘sitting in a Parisian café watching the world go by’ “Yes!” responded Gatiss, “I’ll take that!”

Originally from Sedgefield, Gatiss is an accomplished author, actor and playwright. Having graduated from Bretton Hall Drama College with a BA (honours) in Theatre Arts, he is one-quarter of the award-winning comedy team The League of Gentlemen, and is heavily involved in writing episodes of Doctor Who and Sherlock. He also co-wrote three sketches for BBC2's "Doctor Who Night" in November 1999.

During his afternoon talk at the BFI/Radio Times Festival of TV, we were treated to clips of his TV appearances throughout his career, starting out when Gatiss was one quarter of The League of Gentlemen - the multi award-winning cult comedy series which chronicled the weird and wonderful residents of the fictional northern town of Royston Vasey.

The bizarre comedy included characters like the white-faced clown Papa Lazarou, who kidnapped women, and a butcher called Hillary Briss who sold his customers what seemed like human flesh which made them bleed from their noses.

2017 marks 20 years since The League of Gentlemen first appeared as the on BBC Radio (although 2019 marks 20 years since they debuted on TV). The comedy troupe of Gatiss, Reece Shearsmith, Steve Pemberton and Jeremy Dyson, are to meet up later this year to discuss a possible reunion. Brexit appears to have had the unexpected result of bringing the return of the BBC comedy a step closer,

“We are hoping to bring back The League of Gentlemen – we’ve become a local country for local people and I wonder if there is something Brexity in us that we can do.”

Gatiss became a little guarded when asked about the less than ecstatic critical reception to series 4 of Sherlock, the hugely successful show he co-writes with Steven Moffat, indicating that ‘the backlash’ is a “familiar pattern” with successful British TV shows. He went on to say, “We toyed with calling one of the episodes 'Backlash', because it’s time.” He also indicated that there was no reason that another series might not happen, the primary difficulties being the busy schedules of the two leading actors, but “it would give everyone the chance to say, what usually needs to be said after a ‘backlash’ – ‘Oh, Sherlock is back on form now’”.

One of many questions concerning his involvement in Doctor Who was whether he would stay on in any capacity when Steven Moffat ends his tenure as showrunner after series 10? Moffat and Gatiss have both indicated that they are mulling over new show ideas together, but when it comes to Gatiss's future on Doctor Who, the matter is less clear: “I hope so, but I’ve no idea. It’s a funny thing, an end of an era.”

Gatiss claims he has no knowledge on how new showrunner Chris Chibnall plans to carry on the Doctor Who legacy, but there is talk of a fresh start, "I think Chris has got an entirely new writing team," Gatiss said. I don’t think anyone knows any details, which is kind of exciting!"

One thing that is on the cards is that he is overseeing a series of specially commissioned monologues from various writers charting a century of the UK gay experience.

The short dramas, under the umbrella title Queers, have been commissioned to mark 50 years since laws were passed exempting gay men from prosecution, and will air on BBC4 around the anniversary of the law which was passed in the House of Commons, on 27 July 1967.

“Taking in 1957's Wolfenden Report, the HIV crisis and the 1967 Act itself, these 15 minute monologues will mark and celebrate some of the most poignant, funny, entertaining, tragic and riotous moments of British gay history and the very personal rites-of-passage of gay Britons through the last 100 years,” the BBC said in a statement.

For five of the writers – Keith Jarrett, Jon Bradfield, Matthew Baldwin, Michael Dennis and former Radio Times staff writer Gareth McLean, – this will be the first time they will have written for television. The other writers are Jackie Clune and Brian Fillis, with Gatiss writing one of the eight films.

The Will Monologues begin in 1917 with The Man on the Platform – Gatiss’ story of a young man returning from the trenches of the First World War and reflecting on both his attraction to another man and a very particular childhood memory.

Other stories include Jackie Clune's The Perfect Gentlemen, about Bobby, a man with a very unexpected secret, and Brian Fillis' More Anger, which examines the journey of a young gay actor in the 1980s.

Queers is being produced in partnership with The Old Vic who will stage all eight of the monologues in July, just before the television transmission.

Gatiss said, "I'm thrilled and delighted to have been asked to curate this exciting series from both established LGBT writers and a whole host of new talent fresh to the screen. It's a privilege to be working with such brilliant writers and actors. At this challenging and fluid time, it's a marvellous opportunity to celebrate LGBT life and culture, to see how far we have come and how far we still have to go".

Gatiss will also star alongside Line of Duty actor Daniel Mays in Against the Law, a new BBC2 factual drama about the real-life story of the explosive Montagu case and the trial of four young men who were jailed for "homosexual offences" in the 1950s.

Gatiss also confirmed that he is returning to Game Of Thrones during season 7. He previously appeared as Tycho Nestoris in a couple of episodes of the show in 2014 and 2015.

“Yes, I did it in Belfast last year, but I can’t tell you anything more, obviously, mostly because I don’t know anything.” He continued: “It was lovely. What I love about it is that I don’t have any stake in it. I honestly don’t know the ins and outs. People ask me this, that and the other, I haven’t got a clue.”

When host Alison Graham reminded us that Mark Gatiss had hosted a wonderful series of 3 documentaries, The History of Horror, (which examined classic Hollywood monsters, to Hammer's glory days, to the modern day) I took the opportunity to ask him about his adaptation of the M.R James story ‘The Tractate Middoth’ as a Christmas ghost story for the BBC, and whether the BBC might consider reviving the tradition?

“I offered to do six of them at once, as it was cheaper, but was told no!” he declared, to the disappointment of many of us. “I was initially asked just to make the documentary about M.R. James, and I agreed to do that, but only if I was allowed to dramatize one of his stories as well, that’s how I managed to get ‘The Tractate Middoth’ made.”

I went on to ask which of the stories he would adapt next, if given the chance – “Probably Count Magnus, that the one on a boat to Sweden – or was it Denmark?” he laughed, and we went on to discuss some of the challenges of adapting the stories for television, particularly in recreating their distinctive sense of mounting unease.

Also, as a break from tradition, he said he would be happy to dramatize some more modern ghost stories - he had after all, himself starred in the very creepy, self-penned Crooked House a few years ago.

He did confess that as he got older he found gory horror less palatable, and that Ghosts were now his favourite thing. He reminded us that he had made an audiobook recording of ‘The Ghost stories of E.F Benson’, so that would have to satisfy all us ghost story fans for the time being.