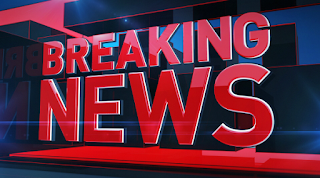 Steve Taylor-Bryant casts his net across, well, the net, and finds some upcoming adaptations that might excite you...

With all the wonderful memories in our adaptation articles it got me thinking (sorry, we try and prevent him doing this - Ed) as to where the next generation will find their adaptation gems. Which books specifically might be getting either the small or silver screen treatment in the next couple of years. How many will the kids of today grow up to love like we have fallen for ours of yesteryear. So I took a look for you and thought I'd share a few that caught my eye.


[Side note- if casting rumours are to be believed Daisy Ridley will be in EVERY ADAPTATION FROM NOW UNTIL ETERNITY, so I've struggled to find five that aren't all vehicles for Ms Ridley]

First up is a Johnny Depp film... oh, bite me. I like an awful lot of what Depp does and the concept behind King of the Jungle is an intriguing one. It tells the story of internet antivirus founder John McAfee who cashed in his shares, took his fortune and decided to escape modern civilisation by moving into the jungle in Belize, where he basically made himself a compound and lived like a rogue general surrounded by guns and sex. Listed as a dark comedy the film is an adaptation of a fantastic article that appeared in Wired magazine by Joshua Davis entitled John McAfee’s Last Stand. The film will see a Wired reporter sent the jungle to interview McAfee but also get dragged into his paranoia and loose grip on reality. I like Depp in comedies, some hit the mark more than others, but give him some madness and a real person to play and you can get slices of genius. It’s too early to say whether we will get Pirates Depp or a wonderful Ed Wood type Depp performance, but the premise excites none the less.

Hakan Nesser is an author familiar to a lot of people and has sold over 20 million books. He has a trilogy being published later next year, the Intrigo trilogy, all set in an unnamed northern European country. The books will deal with revenge, atonement, escape and betrayal. It’s not very often a book gets an adaptation from a studio before its published let alone the three films, Death of an Author, Samaria and Dear Agnes are all going to filmed in one huge block and principal photography has already begun. The films are all to be directed by Scandinavian filmmaker Daniel Alfredson, most famous for his versions of the Girl Who books. Ben Kingsley is the main name you can expect to see when the films get a release date.

Beatrix Potter’s classic early twentieth century gem, Peter Rabbit, is getting the big screen treatment (although not by Quentin Tarantino). With a March 2018 release date confirmed I am happy to tell you that alongside Domnhall Gleeson and Rose Byrne will be the busiest actress on the planet, Daisy Ridley. There’s also an adaptation of Meg by Steve Alten that involves a prehistoric shark and Jason Statham if a bunny rabbit isn’t your thing.

In more “Daisy Ridley attached” news there is rumour of Chaos Walking, part of Patrick Ness’ wonderful series of dystopia novels coming to the screen in 2018, Ophelia by Lisa Klein is also set to star Daisy Ridley who by the looks of things is not getting a day off any time soon, I know that feeling well.

Others that caught my eye but I don’t know much about, and let’s face it you all know how I despise actual research, are Agatha Christie’s Witness for the Prosecution starring Ben Affleck, H.G.Wells’ The Invisible Man, another Johnny Depp vehicle for those of you that like me don’t mind him being in most films, and Bluebeard by Kurt Vonnegut that I can’t find any information at all, I’m not even sure it’s real, I could have made it up, it will probably star Daisy Ridley though.