Film - She Has A Name 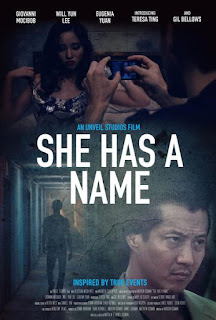 An award-winning hard-hitting indie thriller from Canada's Unveil Studios, She Has A Name comes to UK cinemas next month. Find out more and watch the trailer...

‘She Has A Name’ is a stunning new Indie thriller inspired by real events, packing a gritty punch to deliver a powerful message relevant to everyone, wherever they are in the world.

Jason, a lawyer, poses as a john to build a legal case against a ruthless pimp who is trafficking girls in Asia. He meets NUMBER 18, a girl forced to work as a prostitute in a busy red light district whose testimony is key to his case. Can he convince her to risk her life to testify for the sake of justice? There is a conspiracy of silence that trails back to the seats of power in America. ‘She Has A Name’ is a blisteringly original conspiracy thriller that uncovers the horrors of human trafficking and the powerful business men that are implicated.

Directed by Daniel and Matthew Kooman, She Has A Name stars Giovanni Mocibob and features an international cast including Will Yun Lee (The Wolverine, Hawaii Five-O), Eugenia Yuan (Crouching Tiger, Hidden Dragon, Sword of Destiny, Memoirs of A Geisha) and Gil Bellows (The Shawshank Redemption, Ally McBeal). Add in the evocative and beautifully shot location of Thailand and the impact of Andrew Kooman’s screen play, adapted from his own play, loses none of its poignancy in translation from stage to the big screen. 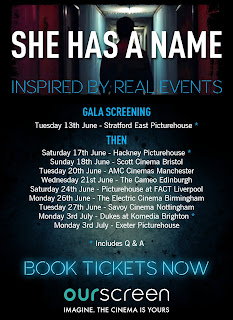 ‘She Has A Name’ will be released in selected cinemas around the UK from 13th June 2017 and tickets must be purchased in advance through She Has A Name’s Our Screen page. If there’s not a screening planned near you already, you can request a local screening to be added after 13th June through Our Screen in addition to the already announced dates.