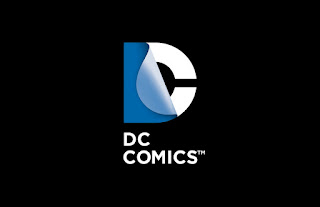 Look, if your mental health is suffering this week, just skip this article. Go spend time with family and friends instead. If you don't have anyone you can talk to and feel low or suicidal, call the Samaritans on 116 123...


This article will be here for you when you return. It's important that you do.

In amongst some of the most tragic news of this week came some equally tragic news. Zack Snyder, director of films like Watchmen, 300, Man of Steel and Batman vs Superman, has withdrawn from the production of the anticipated Justice League. But for reasons unexpected - his daughter killed herself back in March and he needs time to grieve.

“In my mind, I thought it was a cathartic thing to go back to work, to just bury myself and see if that was the way through it. The demands of this job are pretty intense. It is all-consuming.

“Here’s the thing, I never planned to make this public. I thought it would just be in the family, a private matter, our private sorrow that we would deal with.

“When it became obvious that I needed to take a break, I knew there would be narratives created on the internet. They’ll do what they do. The truth is I’m past caring about that kind of thing now.”

What can you say to that? It's beyond tragic. Yet, because the internet has the mentality of a teenage edge lord, we’ve had some fans rejoicing in this news. Snyder’s belief in the worst of people on the internet is something some people are all too happy to reinforce it seems.

I can't pretend that this post isn’t partially motivated by a sense of guilt. I’ve been that shitty person slagging off Snyder online. For a certain part of the internet, it's become a meme. Zack Snyder: one man ruiner of everything he turns his hand to. Destroyer of beloved fan properties.

It would be hypocritical of me to vocalise the rage many have chosen to express at these fans, when given just mildly different circumstances (i.e. not one of the most horrible personal experiences a person can go through) they would have been down in the comments sniggering along.

It's made me consider that perhaps collectively we’re focusing on the person over the product. It's a narrative many of us have been conditioned to think about since the rise of the auteur film maker in the last 60s, to a point where, like the invisible gorilla, we can no longer see the obvious; blockbuster films aren't director driven and perhaps they never really were, outside a brief moment in time.

These days, even small films that make it to market can have creative teams that number in the hundreds. Blockbusters like Batman v Superman or The Avengers can have a crew of thousands, all adding their own input that can fundamentally change things away from any ‘artistic vision’ a director like Snyder may have. And even he has bosses too, who have invested too much to give way to wild whims or flights of fancy. No, they agreed with what he did but more than that, gave him copious corporate notes and mandates about how to change the film. To the point where the idea of any sort of ‘creative purity’ is a joke.

To those who may say all of that is immaterial, that a director is a figurehead who accepts all the praise that comes the film’s way and so has to accept the criticism too, I call bull on it. Again, it reflects an idea that Hollywood likes to cling to. But it's not the reality. For every Manchester by the Sea there are far more Monster Trucks. It's the only way a creative industry as big a the film industry could survive.

So in future when discussing a film you love, (or hate!) stop for a moment and consider how the end product is far more likely to be the result of more than just one person. And have some common decency too, for fuck’s sake.