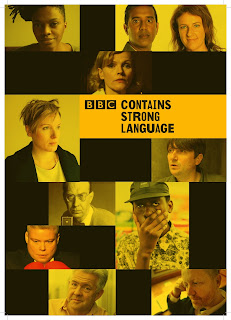 The poetry festival Contains Strong Language starts in Hull on National Poetry Day, 28 September to 1 October, with poetry related programmes across the BBC...

Contains Strong Language is the biggest poetry festival in the UK devoted to new work. Taking place in Hull, as part of its City of Culture celebrations, the festival will be accompanied by a season of programmes across BBC TV, Radio and Online which will celebrate poetry past and present, in all its forms.

Jonty Claypole, Director of Arts, BBC, says: “Poetry has never been more vital nor diverse, with traditional boundaries and forms of distribution breaking down. Contains Strong Language is a site-specific and broadcast festival that captures modern poetry in all its variety - page poets, performance poets, and artists of all backgrounds experimenting and creating with the spoken word. With fantastic new documentaries on BBC Two and BBC Four, live spoken-word performances on primetime Saturday night on BBC Two, Radio 3, and five other BBC Radio networks broadcasting programmes live from the heart of the Contains Strong Language festival in Hull, it really does have something for everyone.”

Also on BBC Two, WH Auden In A New Age Of Anxiety (1 x 60) will explore the relevance of his work in the 21st Century. The film probes the peculiar hold this angry young man of the 1930s still has on our modern psyches and what this can tell us about the political climate in which we all live.

BBC Four will celebrate the 50th anniversary of The Mersey Sound, one of the best-selling poetry anthologies of all time that was released in the same year as the Beatles Sgt Pepper, in The Mersey Beats (1 x 60). It will also explore the thousands of photographs that Larkin took during his lifetime in Through The Lens Of Larkin (1 x 30). Philip Larkin documented his life through photographs as well as verse. His images are held in the Hull History Centre and Poet and academic John Wedgewood Clarke examines some of his previously unseen pictures whilst tracking Larkin’s relationship with Hull, his family and his lovers.

Also on BBC Four, Maxine Peake stars in Men Who Sleep In Cars (1 x 60) - a film in verse by Michael Symmons Roberts which follows three men over one September night in Manchester. Written entirely in verse, the film follows the stories of Marley, Antonio and McCulloch who sleep on the streets of Manchester in their vehicles. It is also a love song to the City, whose familiar streets are difficult to leave for the departing Sarah (Maxine Peake).

Child In Mind (1 x 60) combines the poetry of Simon Armitage with documentary footage of British mothers who have had their children taken into care. The women featured tell their story in their own words and are all part of a new scheme called Pause, which aims to break the cycle of repeat care removals. Child In Mind paints an emotionally charged portrait of the lives of these women, many of whom have suffered abuse and neglect themselves.

Throughout the four days of the festival, Radio 3’s Between the Ears and The Verb, Radio 4, BBC Digital and BBC Local Radio will be broadcasting new work from The Hull 17 - the community of 17 poets at the heart of the festival - as they take to the stage in Hull for the Contains Strong Language International Festival of Poetry and Performance. Jacob Polley, Louise Wallwein, Michael Symmons Roberts, Dean Wilson, Vicky Foster, Hannah Silva, Helen Mort, Joelle Taylor, Zena Edwards, Isaiah Hull and the BBC’s Poet In Residence for the season Harry Giles will all feature on the BBC.

BBC Radio 3 Breakfast show will launch Contains Strong Language as it broadcasts live from Hull on 28 September, National Poetry Day. A discussion of To His Coy Mistress with a panel including Michael Symmons Roberts and Helen Mort will follow at lunchtime on Free Thinking - broadcast from the BBC Humberside studios.

The festival itself will give a nod to the past while embracing the future, bringing wordsmiths from different backgrounds - page poets, spoken word artists, lyricists and performance artists - into new forms of collaboration. It will also encourage emerging talent, giving them a platform alongside first class local, national and international poets.

At the heart of the festival will be The Hull 17 - an ensemble of the country’s most interesting and diverse artists - commissioned to create new work in the city throughout the duration of the festival.

Tickets are available to book for five of these events from today (Monday 24 July) including performances from Kate Tempest, John Cooper Clarke, Imtiaz Dharker and JoinedUp Dance Company, who present a new piece of contemporary dance inspired by Imtiaz Dharker’s Poem, This Tide of Humber, commissioned specially for Contains Strong Language, The Unthanks and the BBC Philharmonic Orchestra.

Outreach activity has already begun in the city with a series of workshops happening in different communities, led by poets Bohdan Piasecki, Louise Wallwein, Kate Fox and Joe Hakim. Hull’s very own Dean Wilson and Vicky Foster have also been working with BBC Radio Humberside to gather 2,017 poems from across the region, asking the public to put pen to paper and write about where they live.

The BBC is also inviting schools from the city of Hull and surrounding areas to join a GCSE poetry reading and discussion session. Poets on the current syllabus - Simon Armitage, Imtiaz Dharker and Daljit Nagra - offer young people the chance to gain first-hand knowledge about their poems. The session will be chaired by Chief Examiner, Tony Childs.

Full details can be found here