Steve Taylor-Bryant delves into the unknown as he breaks down twelve seasons of Supernatural into 12 Top 5 articles. His top 5 from season one...


I'm really late to the Supernatural game. A friend told me many years ago it was about magic and incantation rituals and I fell asleep listening to him. Add in the fact that here in the U.K. it jumped across various channel platforms, ridiculous changes in viewing times and, due to someone playing a bit loose and fast with copyright (allegedly, it's just what I heard from my cousin's wife's sister), the songs that accompanied the show changed depending on channel. Makes it hard to commit to something when all that's going on. Fast forward ten years and Supernatural is still a thing. Huge worldwide following, massive fan events, still having problems getting it shown by a decent channel at a decent time in the U.K. (we're now about six months behind the States) and it's something I can no longer ignore. So I haven't. I got out the company credit card, told Susan I was buying office essentials, and purchased all twelve seasons to binge watch. I'm so glad I did. It's brilliant in the most part, some seasons are weaker than others but that's nothing new in a long running show, I have my favourite moments, a head full of quotes, characters I adore, some I wished stayed dead, and about a thousand songs on my laptop as I build my own soundtrack (there isn't an official one, I wonder if my cousin's wife's sister was onto something with this copyright malarkey?) and so I thought I'd share my new found love with you guys. I'll give a top five episodes run down for each season, this will be twelve articles over the next 3 months, so I also bank some time off at the end of it. We start where it all started, January 2006 and Supernatural season one... 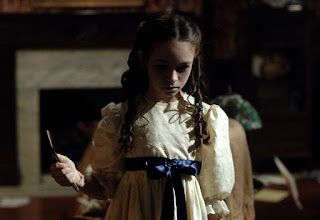 "What kind of house doesn't have salt? Low Sodium freaks!"

When two sets of owners of the same painting are brutally murdered, Sam and Dean investigate with the help of an auction house owner's daughter, all while Dean shamelessly tries to pair her with his little brother. 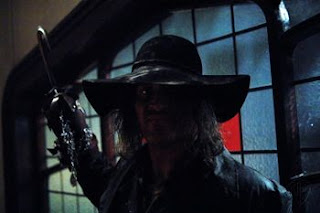 "I said that you were hunting ghosts and the spirits were repelled by rock salt, you know, typical Hell Week prank"

Sam and Dean investigate an age-old urban legend known only as the Hook-Man, the spirit of a 2nd century pastor with a twisted sense of morals that is unknowingly being used as an innocent girl's attack dog. 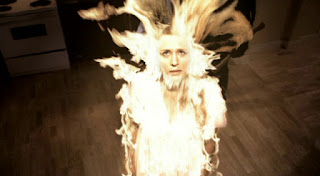 "Boy you put your foot on my coffee table, I'm 'a whack you with a spoon!"

Following visionary Sam's recent nightmare about the former Winchester home in Lawrence, Kansas, where the present dwellers, Jenny from Wichita and mother to two small kids, are suspiciously accident-prone, Dean reluctantly accepts to drive there. Dean and Sam reassure Jenny but follow up on the kids fear of a flaming creature in the closet. They consult Missouri Moseley, their father John's old medium friend, and together with the spirit of Mary Winchester, confront an evil poltergeist, but a second ghost intervenes and someone hides behind Missouri. 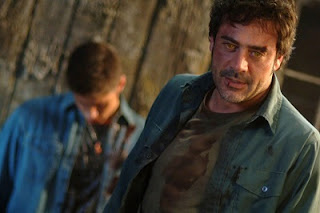 "What? You're the only one who can have a family? You destroyed my children. How would you feel if I killed your family? Oh, that's right. I forgot. I did. Still, two wrongs don't make a right"

Sam and Dean seek help from Bobby Singer, an old family friend in their mission to save their father from Meg. The brothers set a trap for Meg. 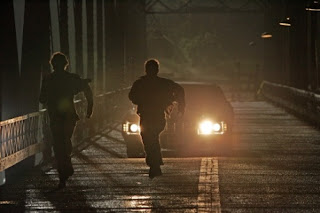 Sam and Dean Winchester were trained by their father to hunt the creatures of the supernatural. Now, their father has mysteriously disappeared while hunting the demon that killed their mother, 22 years ago.