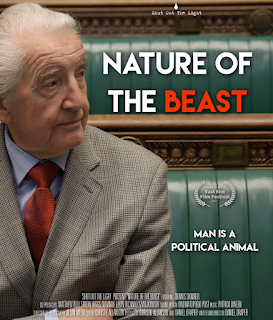 Sometimes it is easy to think of Dennis Skinner as a joke cracking, insult throwing cliché but what this film does well is give you a well-rounded picture of Skinner not just as MP but as a man. If you’ve read his autobiography, ‘Sailing Close to the Wind’, some of these things you might already know. If not, this is a good place to start.

Skinner is a man of principle and pretty uncompromising, which in this world of spin and fast-moving compromises makes him look a little old-fashioned. Indeed, as I write this review the Labour MP, Laura Pidcock is being told off by the establishment for saying that she couldn’t be friends with Tory MPs. This isn’t exactly what Skinner has done but he’s refused to be tempted or tamed by the baubles and bubbles of a Westminster lifestyle. He sees the Tories as the enemy of his class and he see his job – his full-time job – as being to fight them on behalf of his class and to hell with the politeness and expectations. For Skinner, it isn’t a game. It is a matter of life and death.

This, the film does a good job of exploring and we see it with clips from the past and the present as well as with interviews. One of the films strengths is that the interviews about Skinner we get are from normal people, including his brothers. We don’t get a parade of the great and the good paying lip service to his record in parliament, although it would have been interesting perhaps to hear what some of those who have been on the receiving end of his barbs and quips feel about him. Or how he is perceived more generally. For example, I vaguely remember that the character of Eddie Wells in Peter Flannery’s ‘Our Friends in the North’ seemed to be a slight condemnation of Dennis Skinner as the firebrand that had become a joker. But, perhaps that is for another film. 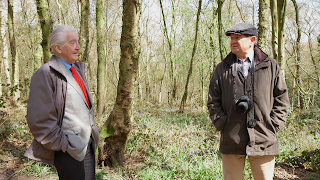 The truth is, this film's objective seems to be to show the whole man and it does a fine job of letting us see not just the political man but the man who loves the outdoors (and it seems to me the ‘nature’ in the title refers both to the man and the countryside he loves so much), the man who loves films (especially Woody Allen), the man who took part in competitive walking, the man who loves music and singing. A man that isn’t just a political animal, but a fully rounded individual. Watching this it becomes easy to like Dennis Skinner despite his tough external carapace. The film does a good job of that.

Yet in the end Dennis Skinner will be remembered as a politician above all other things and the film tells that story well too. What motivated him and why he is like he is. He’s never going to compromise. He’s never going to be nice. For Skinner politics is class warfare.

The film is filled with good anecdotes. I’m a fan of how he stopped Enoch Powell putting an end to stem cell research but there are others too. Skinner’s achievement is to have kept his passion and commitment high for nearly 50 years in parliament. He attends as many debates as he can. He sees it as a full-time job not something to dip in and out of as the fancy takes you. He’s never appeared to have wanted promotion, although he was offered it once. The British establishment does a masterful job of taming its firebrands by kindness. Clive James talks about this in his autobiography ‘May Week Was in June’ when talking about how all the pretty buildings and servants at Cambridge help try to tame the wannabee rebel. Skinner never fell for that stuff and perhaps we’d have a better country if more MPs did. Or perhaps not?

So, if you’re interested in politics I’d say this is a film you should watch even if you’re not a left-winger. But you should also watch it if you’re interested in trying to see the many dimensions of a man that might appear to only have one if you only see the occasional news clip. If nothing else it’ll remind you of a lot of the political battles we’ve fought over the last fifty years.

Images - Shut Out The Light