Film - What if? James Bond

As it's the bossman's birthday (and with news of Daniel Craig confirmed in the role of 007 for Bond25) here's a reminder of Steve Taylor-Bryant's wishes for a different take on the licence to kill...

"It’s a stupid idea and I shall not publish it for the world to ridicule me!" That’s what was going through my mind at the start of the summer as I finished watching The Second Best Exotic Marigold Hotel and then dreamed that the next 007 film had a Bollywood sounding theme tune. That in itself doesn’t open me to ridicule (Madonna? Whoever the hell thought that was a good idea deserves all the ridicule) but what followed my watching of a film about pensioners in India was a bizarre dream where I reinvent James Bond but not in the Daniel Craig/Bourne Identity way. I instead strip out some of the action, stop relying on Bond girls, take the glamour of death away and go back to what a spy should really be like, with a new actor cast in the role. Please bear with me a moment before firing your complaint emails into the office, I promise there will be some sense in here somewhere.

I do not in any way blame the good folks in charge of the Bond films for rebooting the series in the way they did, the Jason Bourne franchise reinvented how we view the spy genre with extraordinary box office success.  I do really enjoy Daniel Craig as Bond (I am even a fan of Quantum Of Solace but obviously do not admit that in public) and the way the films took a more serious and dark edge was reminiscent of my beloved Timothy Dalton but this is where there is a loophole in the rebooting process – it wasn’t a reboot just a change in style. James Bond is 50 years old in official screen terms, so the success and fan base is there, so a change in Bond’s attitude was a masterstroke that reinvigorated a franchise that had kind of lost its way under Pierce Brosnan and what I want to suggest for the future is an ACTUAL reboot, an origins story, all those things I hate about Hollywood but can’t stop thinking about. I want to go right back to the time before Bond gets his 00 status and maybe show how his journey started and the psychological damage he incurs on the way, and here is how it will be done…

Little is known of Bond's naval career, and the films are no help with different medals on his uniform when you see him in uniform at all, so I want to build a definitive résumé for James Bond using what we know from the books and a little personal embellishment on my part with a dash of modernisation, due to the fact we aren't playing with a spy based on Ian Fleming's own experience in the 1940's. 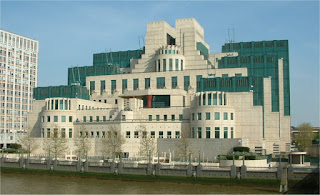 So an orphaned James Bond grows up under the guidance of his aunt before attending Eton then Fettes College, Edinburgh, before joining the Royal Navy, becoming a commander in navy intelligence, then GCHQ code breaker, before becoming section chief at MI5 then, eventually, MI6. The film, whilst detailing a little of Bond’s upbringing, won't spend a long time showing it on screen; it may be an origins movie but it doesn't need to be a bore. The real story starts with Bond in navy intelligence picking up terrorist chatter off the coast of Mumbai in the Arabian Sea. This is no ordinary terrorist group though and their technological edge and weapons capabilities bring Bond back to the UK to help GCHQ break a code, before a secondment with MI5 to track a cell in London leads to the attention of 'M' over at MI6, who is building a team of super spies with their own freedoms and a licence to kill, the 00 designation. These 9 men and women are tasked with shutting down terror cells around the world by any means necessary and are answerable only to M but supported by the technology department at GCHQ, headed up by Bond's old school pal, now code name 'Q'.

I could go into greater detail of the plot but I want to just give the writing team the basic structure and let them take us on a more serious journey, mixing a more modern secret service a la Spooks with the genre sensibilities of Tinker, Tailor, Soldier, Spy and the films of that ilk that first ignited my love of spy adventures on the screen. Obviously some action will occur, a Bond film is a Bond film after all, but if we can put the emphasis back on an educated patriot with intelligence rather than the Walther pistol I think we'd be onto a winner. A writing team needs to be in synch with the director and so it's probably more essential that we get this right than maybe even the casting. David Wolstencroft, who created Spooks, gets one of the seats at the table, no Bond film is just one writer's work, as he is pretty much single handedly responsible for the reboot of the spy genre on the small screen and I shall team him up with one of the successes behind Skyfall in the shape of John Logan, who has a history of developing great characters with the likes of Penny Dreadful and Hugo. One more for the writers' table will be Peter Straughan who wrote part of the Tinker, Tailor, Soldier, Spy remake and excelled with his The Men Who Stare At Goats story. Director will again be Sam Mendes, let's face it if it ain't broke don't fix it.

Also staying with someone from the existing Bond canon will be my choice for Q, as Ben Whishaw is around the same age as my choice for Bond and, to be completely honest, I loved what little there was of him in Skyfall, using the humour we grew to love with Desmond Llewelyn's portrayal but keep us rooted in the younger present we are discussing. Moving to M now and I have always had someone in mind for the part ever since I saw the remade Tinker film and that's Colin Firth, an actor of great depth who I think will be more than a posh desk jockey and, ever since the church scene in Kingsman, I believe in him as an ex-Spy himself which should create a better relationship with Bond.

Sticking with my Indian theme that started this idea, we need a composer and, right up until the singing starts in Exotic Hotel Wearing Marigolds, the Bollywood style music has a distinctive Bond feel in the bass and the strings so I'm going for Thomas Newman, who made his Bond début with Skyfall. For the main theme, obviously synonymous with Bond movies, I want a slightly Indian twist to compliment Newman's score so to India we go and the only Indian singer I know, Shreya Ghoshal. 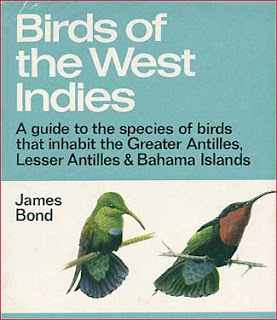 Bond film titles are also closely linked to Ian Fleming. From his book and short story titles to his house in the West Indies, there has always been a link to the author. When I was researching (Google is research to me) Fleming for my film’s title I wanted something that linked to the origins of Bond, as this is the story's beginning, so I found out about how Bond got his name, which I didn't know, and that James Bond was a real man, an author who wrote a book of birds that could be found in Fleming's West Indies. Bird names are great. They are authoritative, Eagle being high up in both governments' and popular culture's past, and so where better to look for a film’s title, the Eyes Only code name for the terrorist Bond will be tracking - Peregrine.

To carry off a younger Bond, just starting his career with the government’s secret agencies but mature enough to have been a navy commander, we need to have an actor that can play all types. An actor who you could believe in as a gentleman officer, an actor who could really take the emotional sides of spying and terrorism and make them his own, so I'm plumping for an actor whose name is never in the running for big franchise characters (criminally so) but is one of the best actors of his generation - Cillian Murphy. 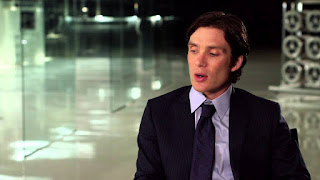 So there we have it! An idea born from a beautiful film about retirement in India that led me to reinvent an icon of the big screen. Let the abuse begin...