TV - The Ballad of Buster Scruggs 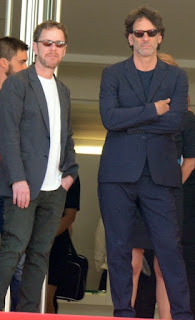 The Coen Brothers come to Netflix in the new Western anthology series The Ballad of Buster Scruggs...

The Western anthology will feature six tales about the American frontier told through the unique and incomparable voice of Joel and Ethan Coen. Each chapter will feature a distinct story about the American West. The project will star Tim Blake Nelson (O Brother Where Art Thou) as Buster and will feature many other known faces in each episode, including Tyne Daly and James Franco.

Originally envisioned as a feature film, Academy Award® winners Joel and Ethan Coen decided they had enough material to create both a miniseries and a theatrically released movie, thus marking their first foray into TV. They will write and direct the anthology, as well as serve as executive producers. Megan Ellison and Sue Naegle from Annapurna Television will also serve as executive producers, along with longtime Coen Brothers collaborator Robert Graf. The Ballad of Buster Scruggs is an Annapurna Television production and will premiere in 2018.

“The Coens are visionary directors, masterful storytellers, and colorful linguists. We are thrilled for Netflix to become home to the full range of their talents,” said Cindy Holland, Vice President, Original Content for Netflix.

However, Joel and Ethan Coen were slightly more succinct with their comment, saying only “We are streaming motherfuckers!”