Steve Taylor-Bryant delves into the unknown as he breaks down twelve seasons of Supernatural into 12 Top 5 articles.  His top 5 from season eight...


With Dean, and eventually Castiel, returning from purgatory with the help of vampire Benny and archangel Naomi respectively, they discover that Sam has given up hunting and led the quiet life with Amelia. But this is Sam and nothing ever goes right for him and Amelia discovers her thought to be deceased husband is still alive so Sam moves aside so they can reunite and starts hunting again with Dean. Season eight was a solid season, great standalone stories, some actual emotional issues for the boys to handle, the added element of the Voice of God, Metatron, and the three trials that Kevin Tran has managed to translate from the Demon Stone. With Benny being selfless and Naomi being devious, Castiel a bit warped and Crowley being Crowley, season eight was highly enjoyable despite the issues behind the scenes with yet more showrunner changes. Season eight top five time (with Yay! Charlie spoiler warning)… 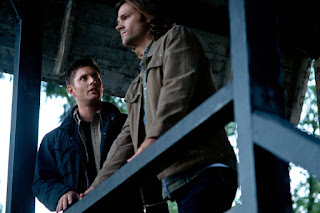 “I went to Purgatory. Sam hit a dog.”

Dean returns from Purgatory, one year after the fight with the Leviathans. After reuniting with Sam, they find out that Kevin escaped Crowley with another Word of God that may hold the key to closing the gates of Hell forever. 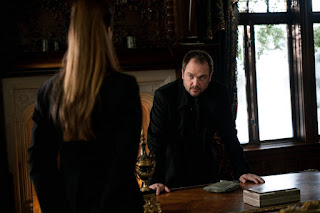 “I'm not a good fit, Dean. Not with vampires. For sure, not with the humans. I don't belong.”

Prophet Kevin has deciphered enough of the tablet to set the next next to enable closing the gates of hell: to rescue a soul from hell, and their choice falls on hunt mentor Bobby. Dean wants to take over from weakening Sam; who insists it must fall to the same person and starts believing to be destined. The brothers summon and trap a crossroads demon and torture him till he discloses that reapers can be bribed to smuggle one out of hell or in this case in. Ajay accepts, but Crowley comes after him once Sam is delivered in purgatory with a portal appointment. Dean gets his demonic mate Benny, who can't get used to honest life anyway, to set up a plan B, which proves desperately needed. Crowley prepares a grim surprise, but gets one from Naomi too. 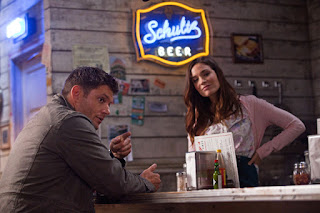 “Lay down your arms, you unholy thing!”

Sam asks a hunter named Martin to keep an eye on Benny without telling Dean. However, when Martin tells Sam there was a vampire kill and he thinks Benny is responsible, Dean defends his friend. When Martin decides to take things into his own hands, things get messy and Dean is forced to make a very hard decision. 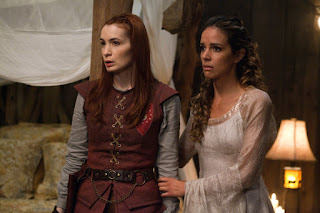 “These kids today, with their texting... and murder.”

Countryside Sheriff Jake Miller finds a suspicious corpse which the 'FBI' brothers decide to investigate. The victim is a participant in a fantasy role play (LARP) which takes to the field most weekends. They find old acquaintance Charlie now 'Gilda' has made a new life there and is Queen of one of the four parties. Sam investigates and finds several other victims in earlier suspicious accidents while Dean goes undercover as her bodyguard. Indeed the killer strikes again and proves supernatural. 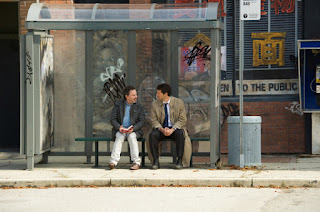 After the reveal of Crowley's plan, Sam and Dean make the decision to use Crowley as the last trial, curing a demon. However, while they are working on the Hell trials, Castiel and Metatron have their own agenda, closing the gates of heaven. After Metatron is captured by Naomi Sam and Dean must try to complete both sets of trials before everything falls apart.