Doctor Who - A TARDIS Full of Bras 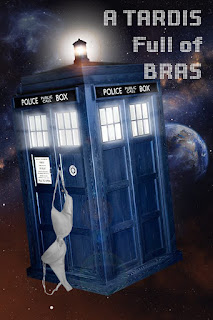 The interwebs have all now had their say over the choice of the Thirteenth Doctor but what about The Doctors themselves? steven harris may (or may not) have been listening in to their conversation in the TARDIS...

“Look, I'm just saying that David Bradley was awesome playing William Hartnell playing the original (you might say) us, but him actually appearing as Doctor Number One is different and could destroy the fourth wall forever.”

Doctors Seven and Ten were having yet another convoluted discussion about canon when the TARDIS desktop glitched and they found themselves buried in brassieres.

“You effing called?” Twelve appeared out of nowhere.

“That's my job. Effety eff’s sake this place is a mess. What's with all the lady garments, are you cross dressing together now?”

They all turn around to find the Thirteenth Doctor staring at them.

“And what are you all doing cluttering up my console and rummaging through my underwear like time travelling perverts?”

“That's my line,” replied a newly appeared Eleven, “but I'm still not ginger.”

“Excuse me?” now Twelve had taken up the baton of peevishness.

“But before it was grey it WAS ginger.”

“Not canonical, dude, so it doesn't count. I mean, before you were grey you won an Oscar, right, but you still couldn't stop Bill becoming a Cyberman.”

“Having an Oscar doesn't mean you always defeat the Cybermen. Has Meryl Streep ever defeated the Cybermen? No, she has not, and she's practically made of Oscars.” 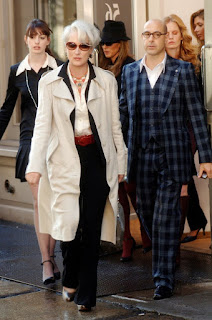 “A-HEM! I'm right here.” Thirteen had grabbed the ball of peevish right back from Twelve and was threatening to throw it at her previous incarnations. Right in their cosmic hobos, if you get my meaning.

Ten decided he was the bestest lady’s man in the room and should chat up his latest regeneration. Bad plan.

“Gross! Are you the version of me who used to sleep on his own arm in order to let it go numb? I bet you are. You disgust me. All of you just stop touching my bras, will you. I'm trying to settle in and work out which is my definitive outfit, just like all of you have done. Did any of you have to contend with previous versions of yourself grappling through your jockstraps? I very much doubt it. Jockstraps aren't as pretty as bras, I will grant you that, but that's no excuse to manhandle them. In fact, Eleven, I think what you're doing to that Laura Ashley number counts as fondling. Just stop it and let me get on with being trolled by internet nerds because I don't have a pair of cosmic hobos in my slacks.”

Ten and Seven finally got the cosmic hobos joke and laughed uproariously. Twelve decided to get businessy to prove he wasn't in the least bit interested in his successor’s intimate garments.

“So what's the crisis? We normally only overlap when there’s some huge awful mega crisis going on? Are the Daleks invading? Has Chris Chibnall ruined a family show forever by insisting there are clifftop child murders every five seconds? Or, worse, dinosaurs on every spaceship? Have the Silence spoken up again?”

“None of the above. Well, the jury is out on Chibnall, obviously, but otherwise nothing so dramatic.”

They stared intently at Thirteen in an effort to convince her they no longer had any concern for her bras.

“It's just. Well. You know. Does my sonic screwdriver look big in this?”

The other Doctors fell about laughing at how terribly predictable it would be having a lady female woman Doctor in the TARDIS.

“Ha, only joking you idiots. I've summoned you here to eradicate you from all past timelines so nobody ever remembers a time when the Doctor wasn't me.”

“Even if you succeed the rest of us will stop you.” Ten slicked back his hair sexily and a tiny bit smugly.

“They’re already gone. Why do you think Hartnell is now being played by Bradley?”

“Er, because the original original is dead, you doofus?”

“Wrong, he's very much alive. Or was, until I eradicated him from forever. Mwahahahaha.”

As the last of the previous Doctors were eradicated from history, Seven’s voice echoed into the ethers…

Thirteen picked up a random bra and popped it in her head.

“Yay, I'm a fly. Ha ha ha. And they thought Troughton was insane.”

Buy his books on Lulu