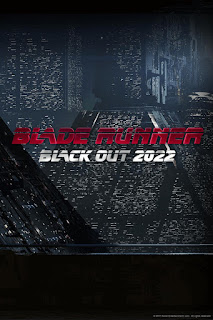 Watch the stunning new Blade Runner short film bridging the gap between 2019 and 2049...

If you're an anime fan, plan for today's coffee break to be about 15 minutes because this is how the Blade Runner sequel should have been made.

Los Angeles 2022.  While the replicant Nexus 6 expired in inventory, Tyrell Corp pushed the series 8 into the local and off-world market. The Nexus series 8 were purpose built with a natural lifespan.

Starring the voices of Jovan Jackson, Luci Christian and Bryson Bauguss, with the legendary Edward James Olmos reprising his original Bladerunner role as Gaff, the short is directed by Shinichino Watanabe.