Film - Good at Being Bad 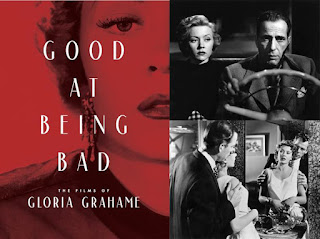 Running at BFI Southbank from Monday 13 November until Saturday 30 December, Good at Being Bad: The films of Gloria Grahame will be a season celebrating the irresistible and alluring Hollywood starlet ...

The season will tie in with the release of Film Stars Don’t Die in Liverpool (Paul McGuigan, 2017), about the passionate relationship between British actor Peter Turner and the Academy Award-Winning actress, starring Annette Bening and Jamie Bell. The film, which will be a Headline Gala at this year’s BFI London Film Festival on Wednesday 11 October, will be previewed as part of the season on Tuesday 14 November ahead of its UK-wide release. The season complements the BFI’s major UK-wide season BFI Thriller: Who Can You Trust? as Grahame was perhaps most famous for her femmes fatales roles in film noirs such as Sudden Fear (David Miller, 1952), Human Desire (Fritz Lang, 1954), In a Lonely Place (Nicholas Ray, 1950) and The Big Heat (Fritz Lang, 1953). The latter two films will both be re-released in selected cinemas by Park Circus on Friday 24 November and screen on extended run at BFI Southbank. The season opens with an illustrated talk – Gloria Grahame: Femme Fatale Film Noir Icon – conducted by Film London CEO Adrian Wootton on Monday 13 November, exploring her working relationships with major filmmakers such as Frank Capra, Fritz Lang and Vincente Minnelli, as well as her tumultuous and often controversial personal life.

Although Grahame never reached the heights of major stardom, she excelled at playing complex, damaged women. Her innate ability to tap into the psyche of troubled characters imbued them with an emotional depth that hinted at a troubled past, and a doomed future. Crossfire (Edward Dmytryk, 1947) offered Grahame one of her earliest substantial roles; her portrayal of a dance-hall girl who witnesses a murder earned her an Oscar®-nomination and set the mould for her screen persona. Nicholas Ray’s beguiling blend of murder mystery and love story In a Lonely Place (1950) is one of the finest American movies of the early 50s, which sees a Hollywood scriptwriter (played by Humphrey Bogart) become the prime suspect in the murder of a young woman, that is, until his neighbour played by Grahame provides him with a false alibi. As the pair embark on a romance, his volatile temper makes her wonder whether he might have been guilty. In a Lonely Place is rereleased by Park Circus on Friday 24 November, and plays on extended run; also re-released on the same day is The Big Heat (1953), Fritz Lang’s stark thriller about a cop fighting city-wide corruption. Lang’s film is pacy, unsentimental and to the point in exploring the thin line between the law and rough justice. The robust direction, terse script and unfussy performances ensure the movie feels strangely modern. Grahame read Macbeth in preparation for the role of Irene Neves in Sudden Fear (David Miller, 1952) – looking to Lady Macbeth to locate the emotional drive to manipulate a man to murder, as she does with actor-cum-fraudster Lester Blaine. Joan Crawford is at the film’s core and plays the melodramatic angle to perfection, but Grahame is compelling as the driving force behind the murderous plot. 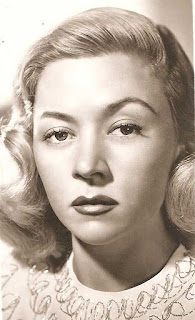 Alongside the noir titles, part one of the season in November will also include Vincente Minnelli’s classic Hollywood take on the movie business The Bad and the Beautiful (1952), which tells the tale of a ruthless producer and the effect his dealings have on his friends and colleagues. Grahame received the Oscar for Best Actress in a Supporting Role for the role despite being on screen for only nine minutes. One of Grahame’s lesser-known titles The Glass Wall (Maxwell Shane, 1953), also offered her a rare starring role; she appears opposite Italian star Vittorio Gassman, who plays a Hungarian illegal immigrant determined to remain in the US, with one night to track down the person who can save him from deportation. Grahame gives an exquisite performance as a woman on the breadline who forms a bond with the desperate man.

Part two of the season in December further explores Grahame’s femme fatale finesse, but also showcases some of her lighter roles including Vincente’s Minnelli’s lush melodrama The Cobweb (1955) in which she plays the neglected wife of a doctor, frustrated by his dedication to his work and stifled by the small-town mentality of those around her. In Naked Alibi (Jerry Hopper, 1954) Grahame is at her most seductive as a nightclub singer caught between a two men: a policeman, and a suspected murderer who the policeman has pursued to a Mexican border town. Although she was not a natural singer (her singing was dubbed in Naked Alibi) Grahame’s naïve, endearing vocal style in the classic Rogers and Hammerstein musical western Oklahoma! (Fred Zinnemann, 1955) brings genuine charm to her portrayal of the flirtatious Ado Annie.

Showing how fast Hollywood forgot its roots, Merton of the Movies (Robert Alton, 1947) is a broad parody of silent cinema that was made barely 20 years after the coming of sound. Leading man Red Skelton was coached in physical comedy by Buster Keaton for his performance as a small-town boy seeking fame and fortune in the movies, while Grahame luxuriates in the glamour of her role as a film star who seduces him. Completing the season is Odds Against Tomorrow (Robert Wise, 1959), a heist movie with a twist; a troubled WWII veteran confronts his prejudices when he embarks on a bank job with a black jazz performer played by Harry Belafonte. A very personal project for Belafonte, the film is one of the last Hollywood noirs ever produced and Grahame makes an impression in the small role of a sexually frustrated neighbour, in her swansong as a screen siren.

The selection of films screening in the season illustrates Gloria Grahame’s great acting talent and reveals a scintillating screen presence and effortless glamour. Her scandalous and turbulent private life has intensified her legendary status, but this shouldn’t distract viewers from her most important legacy: her uniquely compelling performances.