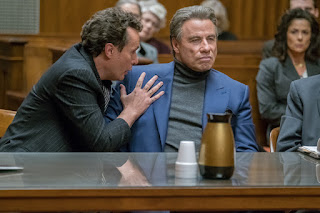 Travolta is back in a new biopic of New York kingpin, John Gotti. Watch the trailer...

Gotti follows infamous crime boss John Gotti’s rise to become the “Teflon Don” of the Gambino Crime Family in New York City. Spanning three decades and recounted by his son John Jr., Gotti examines the gangster's tumultuous life as he and his wife attempt to hold the family together amongst tragedy and multiple prison sentences.

Watch the trailer as Travolta does his best Marlon Brando (and I don't even mean that ironically, it actually looks pretty good)