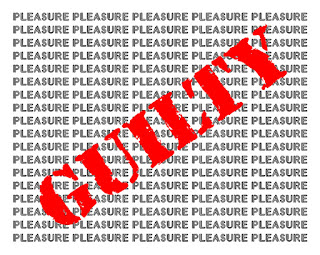 For our Guilty Pleasures Day the Defective Inspector dives into his gaming archive to talk about five of his favourites...

The gaming world is full of fantastic games no matter the genre. In fact the unpopular truth is both the Indie world and that of the “normies” contain more than their fair share of phenomenal platforms and universal appeal. It’s a shame that for every masterpiece there must be 10 good games, 100 moderate ones and… the infinite remainder. But even if the game is a heaping pile of garbage on paper sometimes there is a strange unavoidable affinity that draws you into loving what you should hate. I’m about to make myself very vulnerable! I may ruin my digital-street-cred...

I recently reloaded my Warcraft 3 game file and it reminded me of the “good old days” when Angel Arena, Battlefield, TDs and DOTA completely dominated my spare time. I walked away from DOTA and its kind back in the mid-00s and purposefully avoided clones like League of Legends. When Steam bought up the rights to DOTA 2 I was granted a beta key and have been on/off playing it ever since. It’s a horrid place filled with raging pre-teens and overly serious pretend professionals. Despite the toxic environment, repetitive gameplay and corporate reason for existence… I still play it. The game is popular, made for microtransactions, supports a horrible fanbase and it made by one of the biggest Triple A companies. If that doesn’t make it a guilty pleasure I don’t know what does! 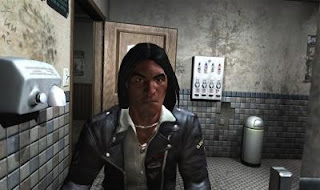 Before the most recent Prey game was released there was this poorly received slice sci-fi wonderment which I have a strange appeal towards. It was one of those games that had never ending development lasting a total of 11 years on/off before it’s disappointing release in 2006. The wiki site will convince you it was a success, it was not. The title went down to the £5 bin in a matter of weeks and the UK did not like it one bit, probably because you technically couldn’t die in an FPS game. The reason I liked it was twofold: it was graphically beautiful for the time AND it toyed with physics in a paradoxical way. Apart from (spoilers) the scene where I had to kill the woman I’d been chasing after for ¾ of the game I genuinely enjoyed every mind melting moment. I’ve yet to try the reboot title from Bethesda but… Yeah, it’s a guilty pleasure in my eyes. 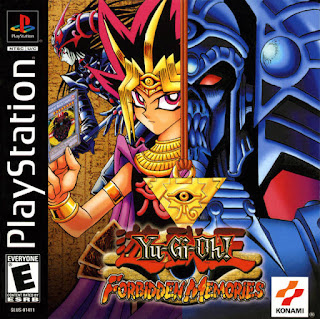 This is a double whammy of guilt. First of all, I have to admit understanding and actively watching the child’s card game anime and second I have to accept I own a game that even by its fanbase was considered “meh”. The game’s plot is pretty dull but I enjoyed the element of collecting cards, trying new strategies and later developing my own deck. The rush of superiority when you defeat a digital foe is a little too enjoyable. But as the campaign starts wrapping up it really does become monotonous and right at the end its borderline impossible to complete without serious dedication. That dedication yields a reward and maybe that’s why I like it. Despite all its flaws it is one of the few games I own that I have tried to complete and failed, it laughs at me… taunts me… F*CK YOU DarkNite! 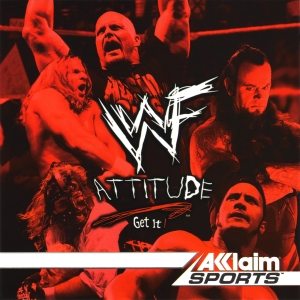 Attitude, Smackdown, Warzone, you name it and I will have probably played it. During my youth I was a big fan of wrestling despite knowing it was fake. There was something insanely entertaining about a bald man wearing a leather vest pretending to break the neck of an eyebrow wielding badass who will later portray a Polynesian God. So creating characters and fighting with them became a big source of entertainment in my household. One of my fondest memories is when me and my older Brother made our own characters and fought against each other. I cannot remember which game but one allowed you to make ANY move a finisher. Thus, the obvious kick to the groin became a literal ballbuster of a move resulting in excessive giggling and childish jokes. Even after I stopped watching wrestling I kept playing these games, the only reason I stopped was due to lack of connection with the new talent. Now I am older, crustier and marginally wiser I feel like my WWF gaming time has passed (least of all because I still call it WWF) however I still glance in the 2nd hand section of CEX and consider a sneaky purchase. 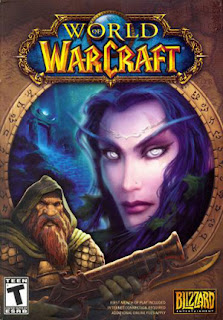 This is my bane and my beloved. I have a strange pride in telling people I was one of the BETA testers to this game during the early years, I saw the Infernal fall from the sky and set the capital cities ablaze when the servers shut down. It was a good 5 years of gaming until I got this monkey off my back, but it keeps returning. On and off I have been playing this demon! In fact 3 weeks ago my partner said she had an itch to return and I bought her a game time card so we’d not get hooked, I decided I needed to get involved and just went full subscription. BOOM. I am now a level 63 Tauren Shaman hoof-stomping the Scarlet Crusade. There are many Triple A games I have great respect for, many I feel horrible playing, but this is the virtual version of drug addiction. You will pay the price without thinking, go to rehab/cold turkey, have a re-lapse and feel uncomfortable even discussing the game in public. If I could find the WoW version of methadone I’d use it, I really would… Failing that I am current on Azjol Nerub server!

Images from wiki and wikia.
Email ThisBlogThis!Share to TwitterShare to Facebook