Steve Taylor-Bryant delves into the unknown as he breaks down twelve seasons of Supernatural into 12 Top 5 articles.  His top 5 from season ten...

So, season 10 huh? Was it because season 9 was so great and so anything that came after was going to be a let down? Or was it because the basic ideas in season 10, whilst good concepts, were just not executed right? Probably a little of both. What should have been great, and a fantastic follow up to the outcome of season 9, just seemed to fall flat. I didn’t buy into Castiel as much as usual, Mark Sheppard, who I usually love, seemed to be more angry and less sarcastic which hurt me if I’m honest, and the casting of Crowley’s mother, Rowenna the Witch was diabolical. Such a poor choice, wooden, annoying, not believable, and so fucking loud. All the time with the volume up. Saving grace (hee hee) of the season was the return of Charlie. For what its worth, the top 5… 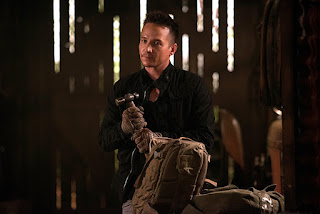 “ What did you think was gonna happen here, huh? You just stroll up here and say, "My name is Inigo Montoya. You killed my father. Prepare to die." and I'd just fold?”

Crowley is worried about Dean getting out of control, giving him a target to feed the mark. Sam struggles to escape from Cole. Hannah tries to convince Metatron to give Castiel's grace back. 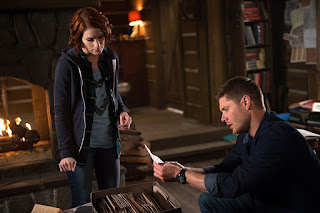 “He's right. Let's get our Alan Turing on. Decrypt this bitch."

Charlie contacts Sam and Dean after she finds the Book of the Damned - which could help eliminate the mark of Cain; Castiel and Metatron look for Castiel's grace. 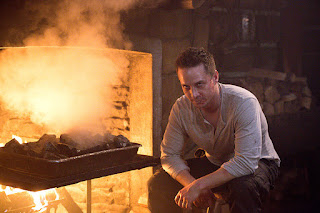 “What do you think about rapid dehydration?”

Despite Dean's directive to forget about looking for a cure for the MOC, Sam continues to do research. Dean suspects Sam is hiding something but decides to focus on a murder case where they run into Cole. “No, Miss Chandler's office was just a pile of empty bottles and regret. She's probably face down in a bar somewhere. Or a ditch. Alright, so what? This, this whole... this whole musical thing, everything, it's just... is it... It's all a coincidence? There is no case?”

Sam and Dean go to Michigan to investigate a case of a disappearance, only to find there is a play about their lives from the Supernatural books written by Chuck. 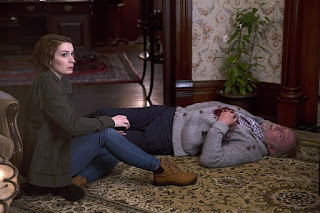 “Look, I'm just going to stop you right there. Judging from your cheap shoes and your faded jeans, I'm guessing the only house you're on the market for comes with wheels.”

Charlie returns from Oz - Sam is scanning the internet for suspicious paranormal activity and comes across a video of Charlie beating up a district attorney. Dean suspects she's back from Oz and hunting on her own, assuming the district attorney must have been a demon. When they do find Charlie, they are shocked when she tells them why she really came back from Oz.