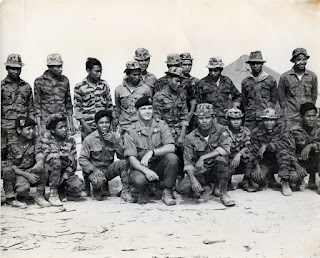 Steve Taylor-Bryant takes on America’s most decorated soldier as he watches the Bo Gritz documentary from the Experimenta section at this year’s London Film Festival...

The majority of lives are lived in history. Few lives make history. If that history is dark, occupying the shadowlands and margins of what is known or acceptable, the price of that making can very high indeed…

Lt. Col. James Gordon ‘Bo’ Gritz - “the American Soldier” for the Commander-in-Chief of the Vietnam War – is one of the most decorated combatants in US history. He is a man of 'a thousand faces' and the media turned him into the inspiration behind Rambo, Colonel John 'Hannibal' Smith (The A-Team) and Brando’s Colonel Kurtz (Apocalypse Now), Gritz was at the heart of American military and foreign policy – both overt and covert - from the Bay of Pigs to Afghanistan.

Bo was financed by Clint Eastwood and William Shatner, who supported his ‘deniable’ missions searching for American POWs in Vietnam. He has exposed US government drug running, turning against the Washington elite as a result. He has run for President, created a homeland community in the Idaho Wilderness and trained Americans in strategies of counter-insurgency against the incursions of their own government.

Bo has also killed at least 400 people. Often in the most violent ways.

He embodies contemporary American society in all its dizzying complexity and contradiction.

Today, he lives in the Nevada desert where he once secretly trained Afghan Mujahedeen. He is loved and admired by his community. He sleeps with many weapons. He finds it hard to sleep…

Filmed over 10 years, Andrea Luka Zimmerman’s portrait is an artist's perspective of an individual and a country in crisis. She explores the implications on a personal and collective level of identities founded on a profound, even endemic violence. She examines the propagation of that violence through Hollywood and the mass media, the arms trade and ongoing governmental policy.

Deploying confessional and exploratory interviews, news and cultural footage, creative re-enactment and previously unseen archive material (Afghan Mujahedeen and proof of the CIA’s drug-dealing out of South East Asia), the film proposes a multi-layered investigation of war as a social structure, a way of being for individuals and countries. In what is becoming an era of ‘permanent conflict’.

Moving far beyond political reportage or investigation, necessary as they are, lies a compelling enquiry into the nature of human conscience and the limits of deniability (whether to oneself or others). When redemption is no longer an option, the psyche needs to find other ways to live with itself. ERASE AND FORGET asks what those ways might be. It looks into the heart of darkness; it looks for slivers of light. 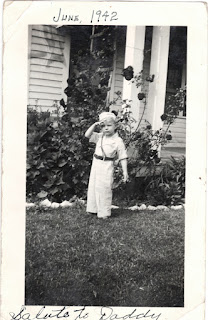 I thought I knew a fair bit about Lt. Col James ‘Bo’ Gritz before I watched Erase and Forget. I am one of the unfortunate few who watched the 1996 shambles that was The Siege at Ruby Ridge, a straight to television film based on the armed siege by white supremacist Randy Weaver that was eventually brought to a peaceful end by Gritz who then in real life became victim in the press of whether he was himself a Nazi after saluting the skinheads that had camped out at Ruby Ridge in support of Weaver. I also remember Gritz from Louis Theroux’s Survivalist documentary where, if I’m honest, Gritz came across as a paranoid conspiracy theorist with paramilitary training. Turns out from watching this great documentary filmed over a decade by Andrea Luka Zimmerman that I didn’t know Gritz at all. Gritz it seems is steeped in death, from his father’s death aged 6 to his first gun shortly after, through his astonishing service in the US armed forces where he garnered multiple medals including the Purple Heart, from his training of the Afghan Mujahedeen to his work uncovering US government involvement in Burma and the worldwide heroin trafficking problem, it looks from the outside that Gritz is one tough bastard, the ultimate soldier who has come home and with no war to fight has gone looking for one. It is easy to watch this film and see all the scenes from Rambo and Apocalypse now that are inspired by Gritz’ Green Beret years but underneath the killing there is a man that maybe we need to get to know slightly better. I’m no gun nut, I barely register as a conspiracy theorist, I think the government of any country is going to screw us if I'm honest so I’ve stopped trying to work out how, so I don’t relate to Gritz in these ways but I do know how it is to find a life for yourself when as a person you may be lost.

Perhaps his military service took too much from him for him to save his own soul but there is times in the film that despite the guilt he looks to suffer for his massive kill list numbers he comes across as a nice guy that just wants his country and his people to be better. Yes, he started a town in Idaho where survivalist nutcases could go and live, yes he taught civilians how to defend themselves from his own countries military, yes he ran for President and has gotten himself involved in some controversies over the years, but he also tried to kill himself by shooting himself in the chest because the pain he suffers isn’t in his head, it is in his heart. It’s easy to glorify an exceptional soldier and look at his impact on pop culture, although not the Ruby Ridge film - it really is dire, and as Gritz himself comments Bob Gunton plays him like a weirdo, it’s easy to look at his influence on the armed forces, his meetings with Presidents, his financing for investigative work by Clint Eastwood but what I really took from Erase and Forget is that Bo Gritz looks tired, he looks like a man who wants peace, not just in the world but in his own heart, he looks like a man with no fight left who is still stuck playing a character. I wish Bo Gritz well in his latter years and I hope he finds the forgiveness he seems to be looking for even it’s from himself and probably won’t happen, and I commend Zimmerman for allowing me the opportunity to get to know the man rather than the character I had noticed in a bad film and a great documentary.

There is moral arguments about military tactics, there is emotional arguments about gun control that both stem from this, and other, films and maybe having Bo Gritz immortalised as the greatest American hero with the likes of Rambo doesn’t give the real man the chance to be himself and his get his voice across, and to be a big part of that discussion. Or maybe Gritz does deep down feel he is John Rambo, you’ll get what you want from this stunning film, I just choose to believe that the man wants to overpower the soldier and this remarkable documentary is step one in that recovery.