Film - What if? Recasting Batman

After rumours of Ben Affleck possibly stepping back from the Batman role, our own super hero Steve Taylor-Bryant considers who could potentially don the cape and cowl next...

Ben Affleck is 45 years old. That’s not ancient by any stretch of the imagination (writes a 42 year old) but in terms of playing an all out action hero it is pushing the boundaries a little. Add in some personal circumstances that I know a fair bit about myself in the addiction issue and what a toll that can take mentally and physically, also include some worldwide coverage of possible less than gentlemanly conduct, a rabid media that just won’t drop your friendship in the past with a powerful Hollywood producer who is ALLEGEDLY scum of the earth, and you can see why someone like Ben Affleck may be considering stepping back from playing Batman. As an addict in recovery myself I can tell you that I wouldn’t survive the intense scrutiny that Ben Affleck lives under and if he is somehow managing to keep his sobriety then I tip my hat to him. But it does lead to the suggestion that he may not long be wearing the cape and cowel and honestly? That’s a real shame. Many great stars have played the role but none have nailed both Batman and Bruce Wayne in the way that Affleck has accomplished and he leaves, if he is indeed stepping down, with his legend intact. He has been brilliant as an older, more downtrodden and grizzled Batman.

Which leads us to where next? We know that Apes helmer Matt Reeves is coming in for definitely The Batman, a project that was once going to be written by, starring, and directed by Affleck, and possibly two more films involving the Dark Knight, a hiring by Warner Bros./DCEU that I applaud as I think he is a great visual director, he is bound to tighten up the shoddy CGI work done so far by the DCEU, but mostly because he can tell a story really well and Batman should always be about the story first. However if Ben Affleck stands down then Reeves has to look elsewhere and rumour has it that Jake Gyllenhaal is in the frame despite being turned down once, Christian Bale got the part, and it's telling in interviews that as he gets older he gets less interested. I’m a fan of the Gyllenhaal‘s and I don’t doubt for a second that I wouldn’t lap up a Jake Batman but again with the age comment.

Jake Gyllenhaal is 36, The Batman is going to be at least a trilogy and now with it possibly being recast is a mid to late thirties actor the way forward? I don’t think so. Matt Reeves now has to do something different so why not film stories hinted at so far in the DCEU? Let’s see how the Robin suit covered in The Joker’s graffiti came to be, let’s watch those exploding penguins Alfred mentioned, let’s do the twenty years that Ben Affleck mentioned in Justice League. That means we need a younger guy than Gyllenhaal, a Batman starting his journey, before he becomes Affleck’s ageing vigilante. We need to go back twenty years and that means if Ben is 45 then our new guy has to be... [watching Steve count backwards on his fingers is painful - Ed] 25!

So who could we cast who is young enough to relaunch the Batman legend within the DCEU in a series of films pre-Dawn of Justice? An actor that can bridge that gap between young boy, like we’ve seen in Gotham, and weary Ben Affleck? Here’s my five for the prize... 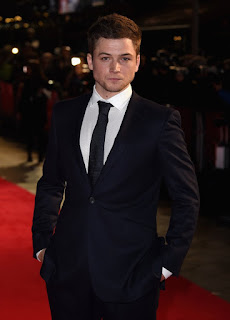 Aged: 28 - right at the very limit of my age restriction.

Supremely talented, has worked well with illustrious cast members and handles action scenes and green screen filming. My only concern is that I occasionally think he looks a bit smarmy when he smiles so whilst I think he could fill the suit fine I have a small reservation about his ability to be a great Bruce Wayne. 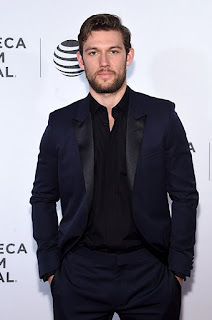 Not an actor I know much about other than I really liked him in I Am Number 4. It’s more that he looks like a younger Bruce Wayne should and seems to have the same intensity in eyes that make Ben Affleck so good. 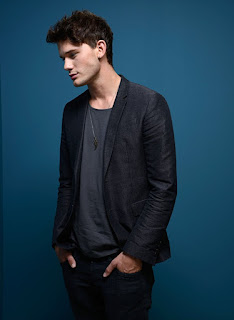 Stonewall, War Horse, and Now Is Good all showed this young man can act. Whether a step up in expectation level is too soon or whether he can show ‘franchise’ material is yet to be seen but he is deserving of at least being in the conversation. 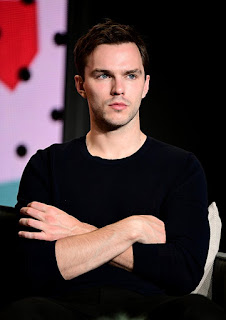 Aged: 27 - I give up. [The management accepts no responsibility for Steve being so rubbish at age limits, but we’ll try and stop him in future - Ed]

This young man has constantly impressed film after film and the glaring spotlight has been on him since he was a boy, add in some work over there at Marvel and we can see that the serious pressure of being Batman shouldn’t be a problem. I am convinced he would be the best Bruce Wayne we’ve ever seen but I’m perhaps a little sceptical if he could fill out the Bat Suit. 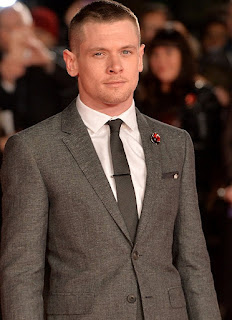 Aged: 27 - I meant 27 earlier when I originally set the age limit. Autocorrect made it 25, bloody technology.

Jack O’Connell is one of my favourite younger actors. He is constantly impressive, has worked with incredible cast and crew in the past so something like Batman shouldn’t overawe him at all and the rather poor 300 sequel shows green screen potential. It seems I’ll never get my Robot & Scarecrow full length feature so he will need a franchise to keep him going. In all seriousness though, leave this casting thought to simmer in your mind and in a few days you’ll see how right I am.