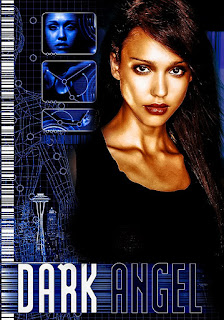 We all know that genre fiction through the medium of film, books, comics, TV etc. have all at one time or another attempted to predict the future in some way. This may be through things like how we as humans interact with the technology that surrounds us, or how political attitudes are changing and affecting society. The rise of machines etc. have led to some stunning predictions within genre.

Some of these predictions have not quite been met within our lives, some of the most notable of course are Skynet from the Terminator series which was supposed to be fully operational in 1996 and of course as we all know it was shown in Back to The Future that by now we would have flying cars and Hover boards.

Of the most terrifying prediction that has somewhat come to pass is that of George Orwell and his masterpiece, 1984. A reality of being watched, which we are all very familiar with H.G Wells predicted atomic bombs, tanks, and even wireless communication devices among other things. So what about modern day predictions? How far away are we from the future that the prophets of SF predicted? Well obviously to go through the vast amounts of SF in every creative medium and find similarities of now and then would take absolutely forever and by the time it was done we may as well be living in the sky on giant beams of light.

So I wanted to focus on one thing in particular and that is the 2000-2002 TV series ‘Dark Angel’ because first and foremost despite it only lasting two seasons, it is an incredible series. If you’re not familiar with the show it is basically the brainchild of director James Cameron, and Charles H. Eglee. It chronicles the life and times of Max Guevara (X5-452) played by Jessica Alba, in what I believe was her breakthrough role. Max is a genetically-enhanced super soldier who at a young age escaped from a military installation along with her brothers and sisters into a post-apocalyptic Seattle. We follow Max as she tries to lead a normal life as much as possible whilst at the same time elude capture from the government agents of Manitcore, as well as searching for her fellow escapees.

The post-apocalyptic backdrop of Dark Angel is very gloomy indeed, as just before Max escaped, terrorists detonated a high altitude nuclear EMP bomb over the skyline of America, and caused absolute havoc. The setting becomes a place that is somewhat synonymous with a war torn country I.e. the viewer only has to see Seattle’s dilapidated Space Needle to realise that all is not well. The crippling event becomes known in the series as ‘The Pulse’ and its effects are still felt eighteen years down the line. Also, it’s worth noting that Dark Angel was written pre-9/11 but manages very clearly and concisely to portray a society post terrorist attack.

Urban decay, mass poverty, high crime rates, a militarised police force, blackouts and power failures among other things. A place where the rich thrive on the fear of those without. Some of you are thinking this sounds kind of familiar, right? This brings me on nicely to the character, Logan Cale (played by Michael Weatherly) a cyber journalist who operates under the name of Eyes Only, which draws comparisons to things like Wiki-Leaks. In the series Logan helps Max and they form a very strong bond with which to take down Manticore.

Logan uses his technological wizardry to bring down corrupt organisations. Unlike Assange’s Wiki-Leaks, Eyes Only hacks into television networks and starts each expose with a message of how the hack cannot be traced or stopped. We live in a digital age, and the media is full of misinformation and fear mongering, now more than ever, and probably for the foreseeable future with possibly how we interact with it being a major changing factor. There are many Individuals/organisations out there who fight to get to the truth of the matter in all manner of subjects I.e. I have already mentioned, Julian Assange, but of course there is the NSA mass surveillance project that was made public by Edward Snowden with the help of journalist, Glen Greenwald etc.

Investigative journalism has sought to bring all manner of things to the public’s attention whether it be abuse in care homes or scandals involving politicians, etc. Our interaction with things like social media make it more possible for these types of investigations to be accessed by the general public a lot quicker. So maybe the next step in our ever changing digital society is for an Eyes Only type net broadcast across all avenues. You’re looking at cat pictures and then suddenly your moggy viewing is interrupted by a clandestine outfit seeking to build a better, just world for the people? Who knows?

So what other predictions in Dark Angel resemble our lives and times?

Before Drones were as commonplace as they are now both military and surveillance wise, DA were using them within the series as police hover drones and what’s more to this is that the design of these drones are very similar to the ones that exist in our reality. Okay, so they are a little bit more than a camera attached to four rotor blades. The design has been refined, and it’s probably very obvious that I’m not an expert in drones or design, I would imagine that the design for these drones is already been tried and tested somewhere already.

The military capabilities of the drones in DA are used in a more of a domestic setting and in the episode ‘And I Am a Camera’ the hover drones become assassination devices that go after their targets by facial recognition from a photograph.

Drones are being used in our life and times on a wide scale already, how long before they are used by law enforcement? Within our daily lives we are being watched by CCTV pretty much in most places, so is it really such a leap to suggest that Drones could be mobile within the next four or so years? Especially with the amount of police cutbacks, etc. In 2008 Miami police unveiled plans for police hover drones used for outdoor surveillance, and as well as this drones can be bought by you or I and controlled with smartphones.

And then there is the genetically engineered super soldiers (X5s) which are not yet a reality but with leaps and bounds science has made since the filming of DA ended, this is something that could quite easily come to pass. This also includes the Trans humans from season two which are a human/animal hybrid created by Manitcore in the early days.

So this is another thing that DA prognosticates on a wider spectrum and that is medical ingenuity, which includes the ethical arguments and ramifications against such things as genetic engineering, stem cell research, virology, and human-exoskeletons. There are already labs that specialise in the field of bioengineering and experiments have already been carried out on mice giving them what could be not unlike X5 capabilities. These mice could be early transgenic as the genes that were altered within them are the same as humans.

In the case of stem cell research the X5 are implanted with pluripotent stem cells, these are responsible for adding to, and re-creating new cells. Research into this is ongoing as we speak and progress has been made in this field. In conclusion, Dark Angel is an incredible series and it’s a shame it didn’t go beyond the second season as there is so much more they could have done with the show. But in my opinion it really is a glimpse into the time we live in now and possibly the not-so-far away future.

Maybe next time I’ll share my fan theory about Dark Angel. I love a fan theory.