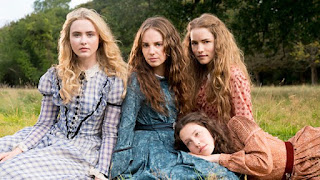 The classic Little Women is coming to BBC One on 3 consecutive nights, starting on Boxing Day...

Based on Louisa May Alcott’s universally beloved novel, Little Women is a new three-hour adaptation from the award-winning creator of Call The Midwife, Heidi Thomas, and directed by Vanessa Caswill (Thirteen).

Set against the backdrop of a country divided, the story follows the four March sisters: Meg (Willa Fitzgerald), Jo (Maya Hawke), Beth (Annes Elwy), and Amy (Kathryn Newton) on their journey from childhood to adulthood while their father (Dylan Baker) is away at war. Under the guidance of their mother Marmee (Emily Watson), the girls navigate what it means to be a young woman: from gender roles to sibling rivalry, first love, loss and marriage. Accompanied by the charming boy next door Laurie Laurence (Jonah Hauer-King), their cantankerous wealthy Aunt March (Angela Lansbury) and benevolent neighbour Mr. Laurence (Michael Gambon), Little Women is a coming-of-age story that is as relevant and engaging today as it was on its original publication in 1868.

Writer Heidi Thomas explained that she aimed to emphasise the core of the novel in her adaptation - the reality of growing up, coming to terms with your circumstances and challenging the barriers society places in front of you. “I think there is a preconception that any adaptation of this story is going to be very sentimental, and not deal with darker or more complex emotions - but that’s entirely not the case. It’s a book full of wisdom, and I think people don’t expect that.” She added that the original novel can't be dismissed as just a children's book, saying “You can’t fully experience Little Women unless you go through the emotions of grief, and loss, and confusion, and the choice making that all young people have to go through.”

SPOILER WARNING - Here's what's coming up in each episode. Don't read on unless you already know the story! 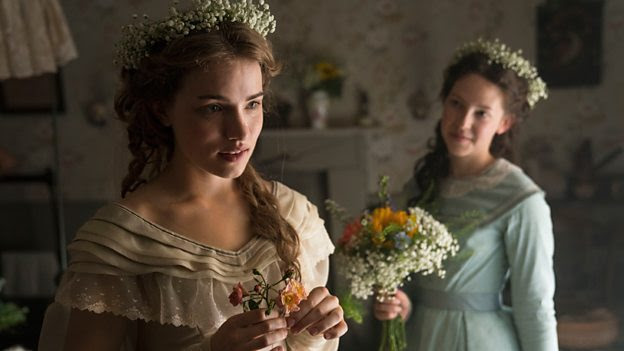 Episode 1. Christmas, 1861. The March sisters - Meg, Jo, Beth and Amy - prepare for a Christmas without presents or their father, a Union army chaplain who is away at war.

Learning to appreciate the smaller things in life, the sisters strike up a friendship with their charming new neighbour Laurie, and his tutor John Brooke (Julian Morris).

When the holidays are over Meg and Jo return to work so that they can provide for the family. By the new year, Amy and Jo are clashing over an invitation to the theatre and a rash act of revenge, until a life-threatening event encourages them to put their differences aside.

In the summer Beth struggles to overcome her social anxiety, while Meg grows closer to John.

As autumn of 1862 sets in, the family receives the terrible news: Mr March has been taken ill in an army hospital in Washington D.C. The girls anxiously await news of their father’s fate, as their mother Marmee, accompanied by John, rushes to his side. 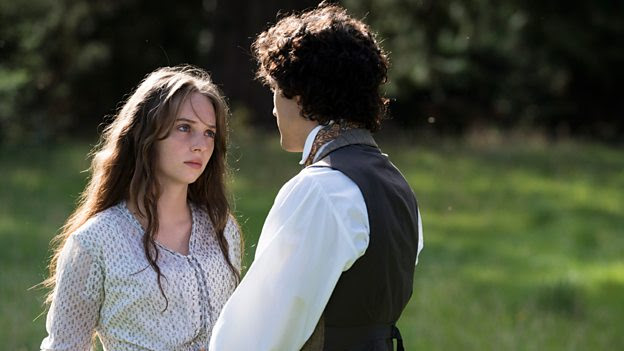 Episode 2. As Marmee waits by her husband’s sickbed, the March sisters must fend for themselves at home.

Together they face unrequited love, hurtful rumours and trouble at school. But when Beth falls dangerously ill, Laurie sends for Marmee to return home.

Relief sweeps over the family when Beth recovers and Mr. March returns home for Christmas. Jo hears promising news about her writing, while Meg and John Brooke’s relationship develops.

The family holds a joyous wedding ceremony, but Jo grows anxious: the future for her and her loved ones seems fraught with challenges. Episode 3. A year has passed and there are new additions to the March family - but there is worry all around as Beth’s health and spirits flag.

Amy is chosen over Jo to accompany Aunt Carroll’s daughter on a tour of Europe.

A distraught Jo flees to New York to pursue her career, where she meets the kind Professor Bhaer. But devastating news from home cuts her adventure short.

As their paths cross in Europe, Amy and Laurie’s friendship develops into something more. The family reunites upon Amy’s return, which is made more joyful by unexpected news and a surprise visitor.