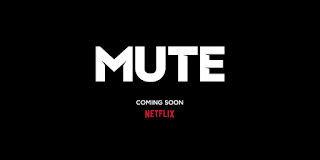 It's taken many many years and a lot of belief to get here but finally, thanks to Netflix, Duncan Jones' film Mute comes to our screens on 23rd February...

Berlin. Forty years from today. A roiling city of immigrants, where East crashes against West in a science-fiction Casablanca.

Leo Beiler (Alexander Skarsgard), a mute bartender has one reason and one reason only for living here, and she’s disappeared. But when Leo’s search takes him deeper into the city’s underbelly, an odd pair of American surgeons (Paul Rudd and Justin Theroux) seem to be the only recurring clue, and Leo can’t tell if they can help, or who he should fear most...

And it really has been a long time coming. According to Duncan Jones' Twitter account yesterday, the first draft of the film was written way back in 2003...


So some of you may be aware that I have previously called @Mute my “Don Quixote.” I did this, as much like Terry Gillian’s fabled film of that name, it seemed everything was against Mute ever being made. In fact, here’s an early draft... from 2003! pic.twitter.com/wW3VwfLRRR
— Duncan Jones (@ManMadeMoon) January 19, 2018


He then went on to explain more about the life of what was going to be his first film. For a start it got Moon written, thanks to Sam Rockwell...


It was going to be my first film. I sent it to Sam Rockwell who loved it!
...but he wanted to play Leo, the part that would later go to Alex Skarsgård. I wouldn’t budge but was so enamoured with Sam, I decided to write something just for him. That was Moon. pic.twitter.com/8hViVmD7X2
— Duncan Jones (@ManMadeMoon) January 19, 2018


Years past, Mute kept being pushed to the back burner. Life filled up with Source Code, my amazing wife’s successful battle with cancer, Warcraft, dad’s cancer, baby, the wonderful woman who raised me, Marion’s sad loss to brain cancer. We’d do a graphic novel with @FabryGlenn pic.twitter.com/rWSMsPY2pG
— Duncan Jones (@ManMadeMoon) January 19, 2018


And he even hinted at a future sequel - the third film in the Moon/Mute trilogy?! (even with the typo it's exciting)


Part three of the Moon/Mute/? trilogy stars two sisters. Wax meant to be made before Warcraft but couldn't get it financed. Still trying!
...next film Im writing now, is not part of trilogy, but DOES have female lead. https://t.co/TBTP3KryX8
— Duncan Jones (@ManMadeMoon) January 19, 2018


But back to the present-ish,  and talking about the concept when filming finally started, back in 2016, director Duncan Jones said “Mute is an encapsulation of everything I am fascinated by; noir, science fiction, and unique people in trouble because of who and what they are. I’m delighted to be able to return to Berlin for the shoot, a place I lived for a period of time growing up, and I’m excited to be working with Netflix on a film that is so close to my heart.”

Producer Stuart Fenegan and Liberty Films have been on board since the very start of the project, saying “Duncan handed me a version of Mute at our very first meeting together 13 years ago [from 2016] and I have wanted to bring it to life ever since. We just had to make Moon, Source Code and Warcraft in between, and in that time Netflix has become the place for original films. The perfect home for Mute.”

Billed as "a spiritual successor to Moon" and sharing the same composer Clint Mansell, as well as a rumoured epilogue for the character Sam Bell (Sam Rockwell), Duncan Jones says he "Got there in the end!"

We'll drink to that! 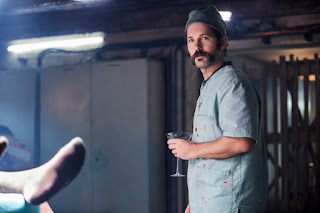