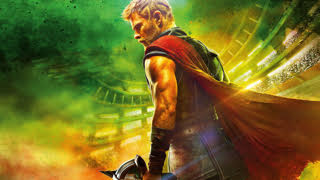 Rakuten TV will Showcase a Bevy of BAFTA & Oscar Nominated Blockbusters This February...

Become a judge from the comfort of your own home, and discover a wealth of critically acclaimed titles already on Rakuten TV. Check out recent Oscar & BAFTA nominees Dunkirk, Get Out, Logan, Blade Runner 2049, Baby Driver, War For The Planet Of The Apes, Beauty And The Beast and Victoria & Abdul. From 12th February, Rakuten TVs Award Winners Promotion will see previous winners such as The Social Network, Whiplash and Jerry Maguire reduced to as little as £3.99.

Movie buffs will also be given the chance to make their own minds up about Loving Vincent, the BAFTA & Oscar nominated homage to Van Gogh from 5th February. Armando Iannucci’s political satire, The Death of Stalin, which enjoyed great success at this year’s BIFAs and is set for further success at the BAFTAs can be found on Rakuten TV on 19th February. Triple BAFTA nominated and Golden Globe contender Call Me By Your Name, with EE Rising Star nominee Timothée Chalamet, will be released onto the platform on Monday 26th February.

Family friendly additions such as My Little Pony will be available from 12th February as well as the heartwarming Goodbye Christopher Robin and Thor: Ragnarok on the 19th. February releases will also satisfy thrill seekers and horror fans with The Snowman (no, not the Raymond Briggs one), Happy Death Day, The Ritual and Flatliners, which will be available in 4K from 5th.

To coincide with theatrical release of Lies we Tell, Rakuten TV will also have this available on 2nd February.