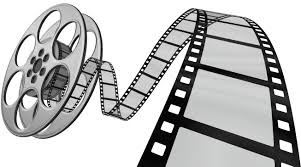 We told Steve Taylor-Bryant that Joy Day was more than just an opportunity to discuss Terry Gilliam. When he had stopped swearing and crying he tried to look forward to other things that may bring him joy this year...

Apparently I should be looking forward to more than just Terry Gilliam’s The Man Who Killed Don Quixote (read about that here) and I’ve had a limit put on me for Gilliam related joy today, so now I have to look outside of my Gilliam bubble and see if there is anything else in pop culture to look forward to this year. After much moaning and rewatching of The Zero Theorem I decided to look on that there interweb to see if anything nearly as cool as a Gilliam release might be occurring, and do you know what? There is a few things! With the exception of a couple of short films at London Film Festival And a couple of bigger budget releases, cinema didn’t please me as much as usual in 2017. Cinema pricing put restrictions on how many times I can go to a Odeon or a Vue, none of the companies that run cinema in the United Kingdom seem to want 42 year old film reviewing fathers of 5 in their premises if the £32 for two tickets to Justice League is anything to go by, so last year I missed many titles that perhaps a few of you managed to enjoy. In 2018 though I’m embracing streaming and there is some great projects coming up on those platforms, plus I’m going to buy many more DVDs and Blu-ray so I’ll get to see more films, just on a slighter smaller, cheaper, able-to-sit-in-my-pyjamas screen. 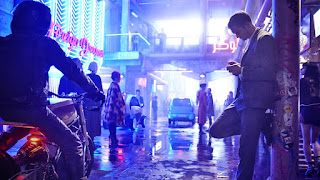 First up on my list of things to be hopeful about that is film related is Mute on Netflix. I like Duncan Jones, Moon was an astonishing debut and Source Code was brilliant. Warcraft I’m going to liken to Dredd in that it made almost bugger all at the box office but has a huge following on DVD and I enjoyed it more than I thought I would. If a filmmaker can get me to watch fantasy based on a gaming world than that filmmaker is, in my humble opinion, capable of anything. With Mute he seems to have a story he’s obviously wanted to tell for a very long time, a reasonable budget from a streaming service that are desperate for hits as they aim to head off a rival in Disney, and when you look at the cast list for Mute how can you not get a little excited? 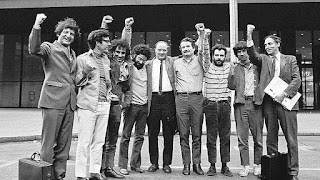 Aquaman is also out this year (oh, bite me) and I’m different to the rest of the world, I actually love what the DCEU is serving up so that particular slice of cinema excites. Other than these films my hopes for 2018 are more imaginary in nature, they are more ‘I hope this sees the light of day’ rather than projects that someone somewhere has greenlit. First up on my hopes is (surprise, surprise - Ed) Aaron Sorkin related, in fact its two things. Firstly... he has stated publicly he’s like to bring the West Wing back with Sterling K. Brown as President and original cast members Alison Janney and Bradley Whitford have already said they are in. Whether it be a one off special or a mini series, I’m pretty sure it would be the best thing on television since, well, the West Wing. In other Sorkin related goodies I wish would happen I really hope that both (it’s my article I can wish for two things) Flash Boys, based on Michael Lewis’ brilliant book Wall Street traders using technology to rig the markets, and The Trial of the Chicago 7, the true story of 7 people on trial stemming from various charges surrounding the uprising at the 1968 Democratic National Convention in Chicago, Illinois, get directors and really well cast and a release date that is very soon. 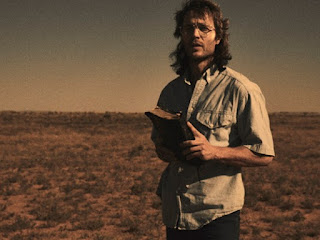 Television wise is slightly different. Due to my hectic normal life I’m massively behind in my viewing (honestly he still hasn’t finished Daredevil season 1 yet - Ed) so apart from getting more time looking forward to things is just a bit stupid as I probably wont get to see something released in 2018 until 2020, unless one of you wants to buy 5 children and two dogs? 20 quid? There is one thing though that has caught my eye recently that I can only hope I find time for and that is Waco. ‘The FBI and ATF seize religious leader David Koresh's Branch Davidian compound in Waco, Texas in the spring of 1993’ just screams must see television to me. I remember clearly the events unfolding and Melissa Benoist, Taylor Kitsch, and John Leguizamo in the cast fills me with hope that this will be good.

So there we go a few non-Gilliam things for people who think I’m going to do more than just watch The Man Who Killed Don Quixote all year, fools.