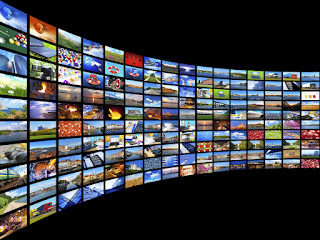 In 2018, Daniel White looked at the future of the entertainment industry in Swimming Upstream: Why the Indie Film Industry Should Stop Seeing Streaming as Failure...

Film-makers take note: Choosing Digital streaming over cinema isn't a mark of failure, it may be the best place for your project to reach its audience.

At a recent Comic Con, Will Smith made some valid comments on the importance of Netflix and its place within the filming community. They were made in response to Christopher Nolan's less than positive remarks about films that premiere through streaming platforms. You can read the Indiewire article here but it got me thinking. Digital platforms are here to stay and, with the likes of Amazon and Netflix increasing their investment in original projects and resourcing the films that film makers want to make, we all need to adjust our attitudes to what makes a film successful or not. It is time for Indie film makers to stop seeing cinema screenings as the only true mark of success and embrace this brave new cinematic world. Choosing the right route to market or to audiences is essential and film-makers have just that, a choice to make. Smith wasn't saying that Nolan was wrong, it’s not as black and white as that, he was saying that Nolan's films belong in the cinema as they are big, epic and event proportioned outings that finds it 'bet fit' in the cinema. But not every film falls into that category and to shoe horn it into a cinema is to limit both its receptivity with audiences and to seriously damage the potential of success.

Back in the eighties, at the dawn of VHS and home viewing, it was the mark of death if a film went 'straight to video'. It signified the end of a franchise (Hellraiser IV I am looking at you) if a film didn't make it to the big screen, audiences and critics alike would assume that production studios couldn't risk spending the vast amount of money on marketing a film into cinemas and they were right to think this. Way back then, the only outlet for a film maker who wanted their work to be seen was to hook a distributor and to get a cinema release in as many countries as was possible. To fail in this quest was to guarantee that a film would be labelled negatively and would be destined for the Blockbuster bargain bin of doom. It was a huge clash of the titans with big, corporations flashing the cash versus the small independent film maker who, if lucky, would get in a lucky punch and KO the opposition. However, there was a fate worse than the bargain bin and that was the embarrassment of being a "TV movie" often it would mean substandard production values and cringe worthy acting. Again, this was a time when the difference in budget for films dwarfed that of television and, again, that is simply not the case now. Indeed, when you look at the budgets given to television behemoths like Game of Thrones, that trend has now been reversed with the resulting uplift in quality of output.

We live in changed times and yet the film makers mentality has, in some cases, not moved with the times. Let's face facts, film-makers now have choice and yet many are still pushing their films to cinemas regardless of whether it is the best place for them. Even when audiences fail to flock to see a project on the big screen, film-makers blame the big boys and shrug their shoulders, sighing that "you just can’t compete with Star Wars or the latest DC offering". No, no you can’t so why try? Intelligent releasing of a film is surely even more important nowadays and if you schedule your indie release to compete directly with the latest Hollywood Blockbuster you have no one else to blame but yourself. But, higher on the list of questions than the issue of scheduling should be this one. It is a question that indie film-makers need to think long and hard over and need to spend as much time gathering evidence and gathering opinion as they do over issues of casting. The question is this "where will my film find the largest possible audience" or put another way "is my film a cinematic, digital streaming or DVD release" The time to see all films pushed through the 'cinema first, then digital and DVD release' model has long since passed and its time everyone realised it.

There is absolutely no reduction of quality attributed to a film which secures a Netflix screening or for a project that is released straight to digital and DVD, none. For those that make such comments all they are doing is sharing their dinosaur level of stupid with us all. Anyone with any level of industry savvy knows that you can experience a fantastic level of entertainment without leaving your house and the CEO's of Netflix and Amazon are making a fortune, because they have revised their thinking. If the owners of these huge platforms are investing in original and innovative output why are some film makers, the owner of a creative spark that is keeping the film industry from disappearing, still old school?

Film makers, change your outlook and choose an audience delivery system that fits your project. If you have a ground-breaking documentary it’s unlikely to fit well in the cinema, they just don't. So choose a digital choice that means your audience can watch at home. If a film is a nice and clever little thriller but it doesn't need a big screen to be enjoyed, don't give it one. No one is saying that you can’t have a red carpet premiere but cinema release is not the only option and it is certainly not the cheapest. Film makers, you are in an artistic and creative industry but it’s still a business and commercial success is essential for you and for those that have entrusted their careers to your safe keeping. Film-makers owe it to themselves and to their film to ensure that they make the right choice. Digital streaming is not a mark of failure but a mark that you really gave some thought over the issues of delivery and distribution.

Organisations like BAFTA need to change their old and outdated views as well because, believe it or not, just because a film gets a cinema release does not mean it's any good. Yet, many independent films struggle to get the respect they deserve because BAFTA have ridiculous rules on how long a film needs to be in the cinema to qualify for their awards. The message is clear, digital streaming is respected, it’s growing and it’s here to stay so time to embrace it. Audiences have also made the switch to streaming and now prefer to view at home. Let’s be honest, the horrific price for cinema tickets is now such a problem that it is just not an affordable option for many. Audiences no longer see viewing at home in the same way as once they used to and with the advances in home entertainment technology and the invention of 4K it is often a far more enjoyable experience. So, if audiences have easily made the mind-set shift why are we still seeing the mentality of 'cinema or nothing’? We need to be looking at independent film projects in a case by case way and it’s a mind-set shift that is now a pressing one. Embracing digital streaming signifies a revolutionary shift in the balance of power. It is a clarion call to distributors and a call to arms for film makers. You can take back control and push your project in the direction that you want it to go. Change or die, friends and let’s evolve with the industry we love.