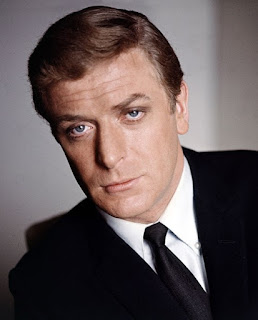 Two things. One: EIGHTY FIVE? He can’t possibly be eighty five, I thought, he’s still as bright (I hate the word “sprightly”, that’s an “old people” word) and active and BUSY as ever with lots of different projects on the go. Then I went looking at his filmography on IMDb which brings me to my second thing… how on EARTH do I choose just five films out of the 60 odd years and 167 films on that list. But I have set myself the challenge. There will be many (many many many) films that aren’t mentioned that you are going to lambast me for but I’m going to give it a go.

Before I start on my list though (she says procrastinating madly) I really must mention an uncredited performance that I didn’t even realise he’d done. Way back in the mists of…ooh... I would have been about 12 or 13 so that’s a very thick mist… I was asked at school what my favourite film was as part of an English assignment. At that point I had one (my favourite film changes on a daily basis now) because I was obsessed with the resistance movement of the Second World War and, in particular, the work of women as spies, so my favourite film at the time was Carve Her Name With Pride, the 1950s biopic of Violette Szabo, starring Virginia McKenna. It was only when I read Michael Caine’s filmography for this article that I realised he was in it, listed as “Thirsty Prisoner on the Train (Uncredited)” which means it doesn’t count for my list.

However, I digress. In order to make things easier for myself, I’ve decided to pick one film from each of five Categories – War Films, Gangster/Spy Films, Sixties cheeky chappie films, Epic supporting roles and Everything else. My list, my rules. Also doing it this way means you don’t get all War films or all the films that he’s been Harry Palmer in, which you otherwise would. So here goes: 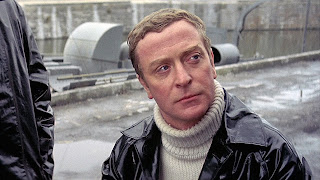 You could literally go from A to Z (A Bridge Too Far to Zulu) covering Michael Caine’s war films but my favourite sees him playing Colonel Kurt Steiner in John Sturges’ The Eagle Has Landed.

Colonel Kurt Steiner : [about SS-Obergruppenfuhrer] There you are. You see Hans? It's infallible. I can always tell a thorough-going bastard when I see one. 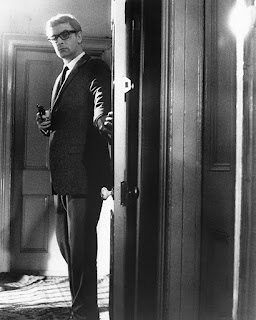 Yes, pretty much anything he’s been Harry Palmer in. But, since I’m adding in Gangster films, there’s everything from Get Carter (both times) to Mona Lisa to Fourth Protocol. But I’m sticking with Harry Palmer and going for The Ipcress File.

Palmer: You didn't come here to talk to me about button mushrooms and birds. 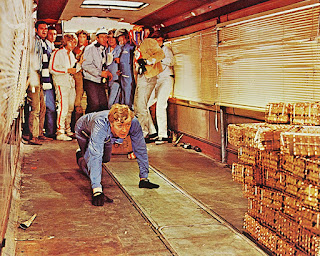 You know the type. Cockney wide-boy out for what he can get and, no matter what side of the law it’s on, he’ll get off with it. Think Alfie, Gambit or, the obvious choice here The Italian Job.

Charlie Croker : Hang on, lads; I've got a great idea. 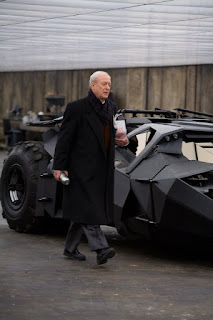 Those films where he wasn’t the main star but still made a huge impression on screen. Think Inception, Cider House Rules, Now You See Me (1 and 2), Children of Men, The Prestige. But, if you’re looking for Michael Caine in a supporting role it has to be his turn as Alfred in the Dark Knight Trilogy. I went for The Dark Knight itself.

Alfred Pennyworth : Will you be wanting the Batpod, sir?

Bruce Wayne : In the middle of the day, Alfred? Not very subtle.

Alfred Pennyworth : The Lamborghini, then. 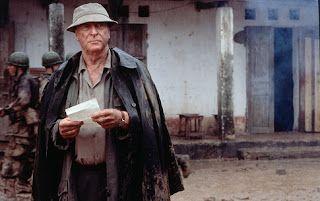 There’s so many films to pick from – Muppet Christmas Carol? Harry Brown? Educating Rita? Ashanti? Jaws – The Revenge? OK Maybe not Jaws the Revenge. For me though, there’s one film starring Michael Caine that needs included in this list which doesn’t really fall into any of the other categories. And that’s the film adaptation of the Graham Greene novel The Quiet American. If you haven’t seen it, you really, really should.

Thomas Fowler : I have never thought of myself as a correspondent, just a reporter. I offer no point of view, I take no action, I don't get involved. I just report what I see.

Alden Pyle : But you must have an opinion.

Thomas Fowler : Even an opinion is a form of action.