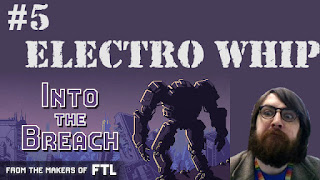 It's time to break out the Electro Whip in part 5 of the Defective Inspector's Let's Play video for Into The Breach by Subset Games...

"I enjoyed that a bit too much"

This time on Into the Breach, the Defective Inspector has some self-contained fun with added cool whip and lightning.